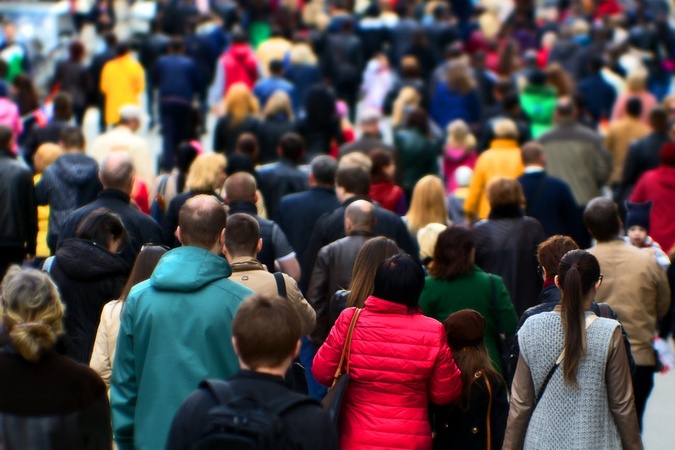 Connecticut and the 2020 Census: Preparing for the Count

The United States Constitution requires a full population count to occur every ten years, and since 1790 the U.S. Census Bureau has counted every U.S. resident, providing critical data on the nation’s population that helps form public policy and has a major impact on every community – including how our schools are run, the quality of our transportation system, resources needed for our law enforcement to operate, and much more.

The next census will be held in 2020, and the State of Connecticut is gearing up to actively participate to give the most accurate count possible, but the support of local government is greatly needed and Governor Malloy is urging municipalities to partner in this effort.

Why the Census is Critical for State and Local Governments

Data collected by the 2020 census is critical for state and local governments.

The federal government distributes approximately $600 billion in funds to state and local governments for education, Medicaid and other health programs, highways, housing, law enforcement and much more.  To do so, the government uses formulas that are dependent on an area’s level of education, income or poverty rate, racial and family composition, and more.  The census provides the baseline for those distributions by counting the people with each of those characteristics in each state and census block.

In Connecticut, almost $8 billion in federal aid allotted to the state is based, in part, on census data.  This data is also used as the basis for federal funding formulas for a variety of programs that support local government operations, including education.  In order to ensure that Connecticut maximizes its share of federal funds and that dollars are distributed fairly and equitably, an accurate census is critical. Recently, the U.S. Government Accountability Office designated the 2020 census of being at a “High Risk” of failure.  Thus, it is incumbent upon Connecticut to do everything we can to ensure an accurate count.

Some examples of how this data is used includes:

The Local Update of Census Addresses program – also known as the “LUCA Program” – was created by the U.S. Census Bureau as an opportunity for state and local governments to provide a complete and accurate address list in their communities.  Without addresses, the census does not know where to locate individuals in order to count them.

The State of Connecticut has committed to participating in the LUCA Program and it needs local governments to join in the effort.

A lack of technology or technical expertise should not be a limitation.  In addition, municipalities may designate an organization to conduct the LUCA update on their behalf.  A local council of government, local health district, or any other organization may be able to assist.

If the prospect of reviewing a municipality’s entire address list against the census list seems overly burdensome, it is recommended that local governments at least review any new addresses created since 2008.  While the last census was in 2010, the last address review was in 2008.  Generally, new addresses are the most critical information for the census to capture.  Limiting a review to new addresses created in the last ten years should require less time and effort, while still enhancing data for Connecticut.

Since the census only occurs once every ten years, the foundation of our ability to effectively plan for the coming decade could be compromised.  The LUCA program may be the only opportunity for local government to contribute to an accurate count for Connecticut.  For all of these reasons and more, municipalities are strongly encouraged to participate.

How to Get Involved

Nonprofit organizations and community groups can also help develop a strategy to count hard to reach populations. Those interested in getting involved can contact the State's Census Liaison:

These are the municipalities in Connecticut that have committed to participating in the LUCA program to help improve our state’s data for the 2020 census: