2022 Wreaths Across America event, December 17, 2022 at noon. For more information on donating for wreaths and attending the event click here

Connecticut has provided care for Veterans and their dependents for over 140 years. The first home was founded on July 4, 1864, and it was known as Fitch’s Home for Soldiers and their Orphans. 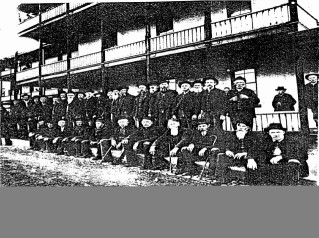 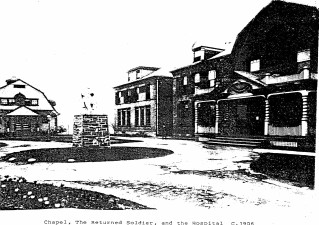 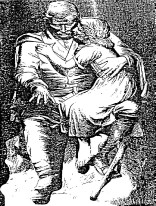 Benjamin Fitch, philanthropist of Darien, established the home for Civil War veterans and for children whose fathers were killed in that war. The complex of buildings included a hospital, chapel, library, residence hall, and administrative facilities.

From 1864 to 1940 the Fitch Home served the needs of hundreds of orphans and thousands of men who served their country in various wars. Over two thousand of those veterans now rest in the Spring Grove Cemetery in Darien.

The Fitch home became the Connecticut State Veterans hospital in 1940 and relocated to Rocky Hill, Connecticut.

The Fitch Home for Soldiers and their Orphans was established by Benjamin Fitch, one of Darien’s more dynamic citizens. Prior to the Civil War, this wealthy bachelor had left Darien for New York only to return several years later as a dry goods magnate and one of America’s first millionaires. At the age of 51 he retired and devoted his life to philanthropy.

Benjamin Fitch, being too old to fight in the Civil War, helped organize a Regiment from this area (124 Darien Residents served in the 28th Regiment, ten died, one at Andersonville Prison). Mr. Fitch promised to care for the families of soldiers in this and other Regiments. This concern led to the establishment of the Fitch Home for Soldiers and their Orphans in 1864. Benjamin Fitch donated the original five acres and $100,000 for the construction of the Home. Shortly thereafter, four two-story buildings were erected on five acres, and the Home was dedicated on July 4, 1864 by the renowned Horace Greeley, Editor of the New York Tribune. Benjamin Fitch’s Home also received the support of General Grant and President Andrew Johnson.

By 1865 the Trustees of the Home decided that Civil War orphans needed the Home more than Civil War soldiers. In time, 80 orphans resided at the Home. A special preference was given to Darien orphans and needy children. On October 7, 1867, the Town voters decided to pay "each child of the Town of Darien in Fitch’s Home one dollar per week…" Benjamin Fitch also opened bank accounts with a deposit of $5 for each orphan residing in the Home. When these Civil War orphans grew up, the Fitch Home was once again used by soldiers. The Home itself was expanded to include a fine brick building intended to serve as a library for over 5,000 books and as an art gallery for the edification of tough, battle-hardened veterans of Shiloh and Gettysburg.

Benjamin Fitch died in 1883 at the age of 81 and is buried in the Fitch vault beneath St. Luke’s Episcopal Church. In his last will and Testament, Fitch left an additional $14,500 to the Home. Following his death, conditions at the Home deteriorated. On January 15, 1887, seventeen voters of the Town petitioned the Selectmen for a meeting to ask the General Assembly for "such legislation as will more fully promote the well-being of the inmates of Fitch’s Home for Soldiers and increase the efficiency of said institution." The petition bore the names of Weed, Hoyt, Mather, Morehouse, Whitney, and others. By 1888, the State assumed responsibility for operating the Fitch Home, and the Soldier’s Hospital Board took over the management of the Home.

In the years to follow, the Fitch Home housed soldiers, sailors, and marines from the Indian Wars, the Spanish-American War, Mexican War and later World War I. Photographs taken of the Fitch Home at the turn of the century show black veterans residing at the Home long before the military services were themselves integrated.

The Home eventually expanded from 5 acres to 12 acres with another 5 acres across the street and 2 more acres at Spring Grove Cemetery. The Home steadily grew from 197 resident soldiers in 1889 to 500 soldiers in 1905 and 547 veterans in 1910.

Anyone living near the Soldiers Home would hear reveille in the morning and taps in the evening. One would also never forget the drum-beat of the long roll when an old soldier died. Taps would be played as the remains passed through the big gates.

In the 1920’s movies were shown twice a week at the chapel of the Home. These movies had no sound and were usually about wild Indians and cowboys. The movies were for the old soldiers and the neighbors in the area. The Soldiers Home also had the first and always the best radio in the neighborhood.

Many Darien residents recall that between World War I and World War II, the Commandant of the Home gave an address on Memorial Day. Several hundred veterans would march from the Fitch Home down Noroton Avenue to the Spring Grove Cemetery. The soldiers march wearing their Civil War blue uniforms with black hats, or the younger veterans in their Khaki uniforms, rank after rank of them, all very somber and thoughtful. The disabled veterans came in buses. The spirit of Memorial Day was never stronger in Darien. Here were hundreds of veterans marching to pay their respects to fellow veterans. There are over two thousand soldiers buried at Spring Grove Cemetery.

In the Memorial Day Parade the veterans were followed by the American Legion, Ernest F. Sexton Post 51, then by Boy Scouts, the Umberto Society and service clubs such as the Kiwanis Club. Darien’s three volunteer fire departments would bring up the rear along with the Fitch Home ambulance. The Grand Marshal and his guests would review the parade at the Noroton Heights Fire House, then located on Linden Avenue. After the parade an Italian-American Band gave concerts at the Soldiers Home.

During the 1920’s Colonel Henry J. Seeley had the Soldiers Home all spiffed up. The place was painted inside and out, several maple and spruce trees were planted around the grounds and there was plenty of room for the 250 veterans or so who by then lived there. Colonel Seeley was himself a veteran of the Civil War and is said to have run a tight operation.

By 1929 the State Veterans’ Home Commission was responsible for the management of the Fitch Soldiers Home. At that time, there were only 117 veterans in residence. In 1931, the Fitch Home was expanded. The hospital was enlarged and two new dormitories were constructed. This expansion increased accommodations from 375 to 500 veterans in The Home itself and another 250 veterans in the hospital unit. During the Depression in the 1930’s, soldiers flocked to the Fitch Home. In 1932 the number of soldiers in residence had increased to 1,000. Overcrowding was particularly severe during the cold winter months. Even the chapel was used for sleeping quarters with everything being cleaned up for church services. In 1934 the State Veterans Home Commission complained to Governor Wilbur Cross about the crowded conditions.

Even while the Soldiers Home was being expanded, its days were numbered. In October of 1931, the Veterans Home Commission voted to abandon the Fitch Home and seek a site of not less than 150 acres elsewhere in the state.

The Darien Review reported that on January 31, 1935, Civil War veteran Elvie Howe died at Fitch’s Soldiers Home. Elvis Howe was 99 year old. As of 1935, there were still three Civil War veterans living there. The Soldiers Home boasted having a card and smoking room, a pool-billiard room with four tables, a barber shop, laundry, and bakery on the premises. There was also a library of several thousand volumes when there was no public library in Town.
When the Home was closed, residents included one Civil War veteran, one Indian War veteran, 50 veterans of the Spanish War, 10 of the Mexican War and 499 veterans from the Great War (World War I). The Last Commandant at the Fitch Home was Colonel Raymond F. Gates. Major Grover Sweet was chief medical officer who served along with Captain Frank D. Walsh.

The soldiers moved out on August 28, 1940. The last living Civil War veteran at the Home, Edmund Kleespies (97), went down to the train along with William Cassidy (87) who was a veteran of the Indian Wars. It was raining like the dickens and vans brought the soldiers down to the Noroton train station. A special train of 4 coaches and 2 baggage cars took the soldiers to their new home at Rocky Hill.

Foot Note: The above information was copied from an article written by Edmund F. Schmidt.

Since opening in 1940 the current Home has gone through many changes. The original land sold to the state by the Gilbert Family of Rocky Hill consisted of over 150 acres. Currently there are approximately 90 acres left of the original purchase. Over 60 acres was given to the Town of Rocky Hill by the General Assembly for the formation of a park. We have 40 buildings on the campus located at 287 West Street in the Town of Rocky Hill, CT. 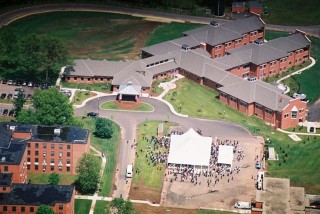 On May 22, 2008 we celebrated the Ribbon Cutting and Dedication of the new Sgt. John L. Levitow Veterans Health Center, a state-of-the-art, long-term healthcare facility and the first new construction on the campus in over sixty years.  We have also replaced the 64 year old water system with a new state-of-the-art water system and we are currently renovating  our domiciles.