CTS manages over 65 sites across Connecticut to support equipment in the subsystems. Many sites include an antenna support tower and shelter, built to specifications that exceed industry standards, assure survivability, and maintain network operations during extreme conditions. 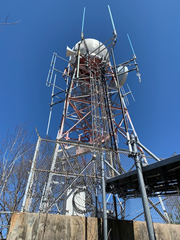 Interoperability allows agencies to communicate with others regardless of manufacturer, equipment model, or frequency of their native system. CTS provides various ways to allow communication between agencies. The 800 MHz NPSPAC 8CALL/8TAC system, legacy radio systems and dispatch console cross patching can create many flexible interoperability configurations.

The CLMRN is a trunked P25 Phase 1 (FDMA) & 2 (TDMA) 700 and 800 MHz system that provides 98% mobile coverage statewide. The network radio sites are linked with both microwave and fiber optic cable. This provides public safety grade reliability with 24x7x365 monitoring by a dedicated team of experts at the Network Control Center.

Recent updates to the land mobile radio network have increased capacity; making it possible for municipalities, State and Federal agencies, neighboring states, and public safety providers to benefit from the advantages of the CLMRN. The network is able to integrate trunked systems with conventional radios and dispatch consoles and has over 15,000 radios currently in use.

Benefits of Joining the CLMRN

Can I just use my current system?

Is the network vulnerable to outages?

Can you enhance radio coverage?

Who is eligible to be on the Network?

Click the links to see maps listing current users who are “Live” on the CLMRN.

Feedback is important and benefits the whole group. Here’s what we learned from a recent survey: 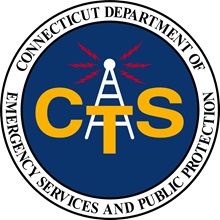 Users on their experience working with CTS Engineers –

Click to view a summary of the survey results.

CTS is Making Interoperability a Reality. The State does not charge a fee for municipalities and public safety providers to join the CLMRN. The MOU offers written assurances for a multi-year period that outlines the responsibilities and expectations set for public safety partners to join the network. Contact us if you’d like an MOU for your organization. Click to review a draft of the MOU.

Joining the CLMRN requires more than just flipping a switch. It’s important to note that any radios or dispatch consoles that you want to access the network must be compatible with the CLMRN. The best way to determine if you are eligible to join the CLMRN is to reach out and set up a conference call with the CTS team.