The Media Relations Public Information Office (PIO) gathers and disseminates timely and accurate information regarding law enforcement efforts to the public through various print and broadcast media in the state of Connecticut.

Through the media, the PIO staff brings information to the public. This information might include serious motor vehicle accidents, missing persons or requests for help from potential witnesses to crimes or accidents. Information is distributed to Connecticut citizens through new releases, press conferences, special events and social media platforms. The PIO office of the Connecticut State Police is committed to ensuring that the public is aware of our activities, our services and our presence.

Please visit www.cspnews.org for the latest news from the Connecticut State Police. 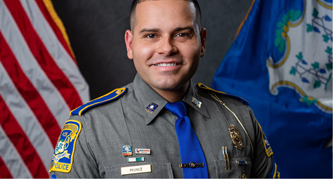 Trooper First Class Pedro Muñiz graduated from the Connecticut State Police Training Academy in December 2012 and took his first assignment at Troop A in Southbury. In 2016, he was named School Resource Officer at Henry Abbott Technical High School in Danbury, where he served for four years. In April 2020, he transferred to the Public Information Office. TFC Muñiz is fluent in Spanish; he attended the University of Connecticut. 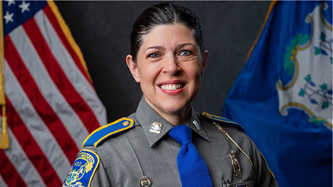 Trooper First Class Sarah Salerno graduated from the State Police Training Academy in 2005 and served as a Patrol Trooper at Troop G in Bridgeport and Troop B in North Canaan. Before arriving at Media Relations, TFC Salerno also served as a Detective in the Statewide Organized Crime Investigative Task Force of the Bureau of Criminal Investigations, in the CSP Special Services Unit, at Troop L in Litchfield and Troop H in Hartford. She also had assignments in the Background Investigative Unit and in the Deadly Weapon Offender Registry Unit. She is pursuing a bachelor’s degree from Charter Oak College. 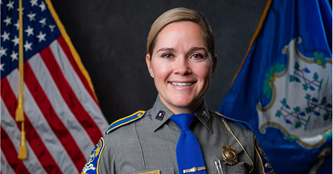 Trooper First Class Abigail Belcher graduated from the State Police Training Academy in January 2014 and served at Troop K in Colchester, later becoming Resident Trooper in Andover.  In 2018, she transferred to the Governor’s Security Unit. She also serves as a liaison in the Media Relations Unit. TFC Belcher earned a Bachelor of Science degree from Northeastern University. 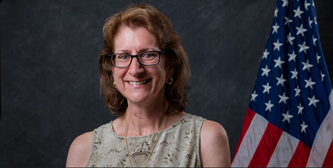 Cathleen Hinsch has been a member of the State Police Media Relations team since 2005. She brings more than 30 years of experience in the communications field to the unit. She holds a Bachelor of Arts degree from Central CT State University.