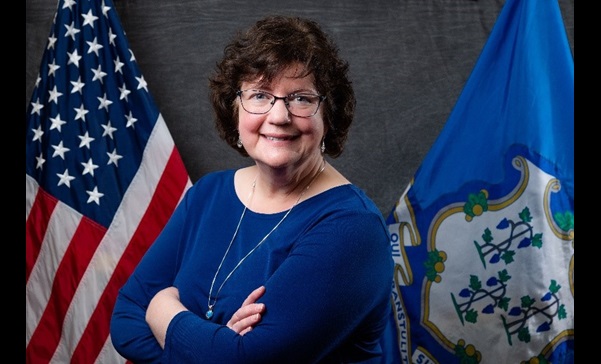 Attorney Brenda Bergeron has served the State of Connecticut as legal advisor for the Department of Emergency Management and Homeland Security (DEMHS) since 2005. In 2011, DEMHS became a division of the Department of Emergency Services and Public Protection.  Among other duties, she has advised the Governor’s Unified Command on legal issues during emergencies at the State Emergency Operations Center in Hartford, CT.

In December of 2021, Attorney Bergeron was appointed as the Deputy Commissioner of DESPP responsible for DEMHS. Critical missions of DEMHS include terrorism prevention, coordination of emergency preparedness, response, recovery, mitigation and resilience, managing state and federal emergency management and homeland security grant programs, including disaster aid, and managing the State Emergency Operations Center. A key mission of DEMHS is coordination, collaboration, and integration with local, state, federal, and private sector partners. In this capacity, Deputy Commissioner Bergeron is responsible for developing, administering, and coordinating a comprehensive and integrated statewide emergency management and homeland security program that encompasses all human-made and natural hazards, and includes prevention, mitigation, preparedness, response, and recovery components to ensure the safety and well-being of the residents of Connecticut.