Color, luster, texture, grain and figure are the major characteristics that aid in wood identification and provide a basis for the aesthetic appreciation of wood. The combination of these properties gives wood its "character". "Character wood" makes reference to woods with unusual or rare features that involve one or more of these characteristics.

Character wood can be very appealing for wood workers, artisans and consumers. The unique features of urban wood can become a source of value if properly marketed. In Connecticut, several artisans and woodworkers have found in urban wood a source of interesting material for their projects. The resulting products have been well-received by the buying public. 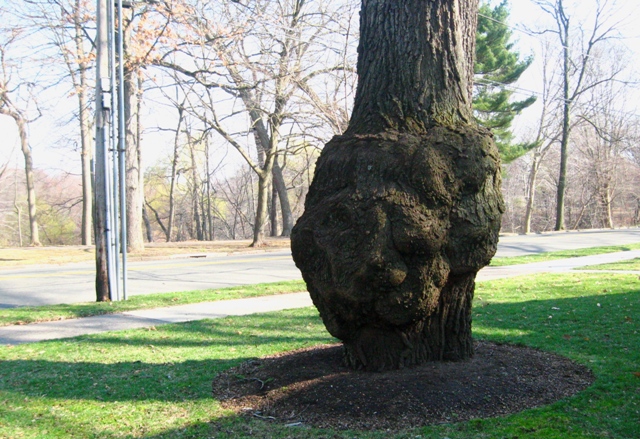 Some Examples of Character Wood

Common types of character wood that can be made into furniture as well as decorative and functional pieces include:

Burls: Burls are irregular, spherical growths that occasionally occur on trees near ground level. A burl results from a tree undergoing some form of stress. It may be caused by an injury, virus or fungus. Burls are the source of highly figured wood, composed of swirls of grain that can give the impression that the wood is laced with eyes. Burl wood is very dense and hard to work. Because of this hardness, burls are often used for utilitarian objects such as mallets. Items made from burls are often highly valued for their beauty and unusual character. 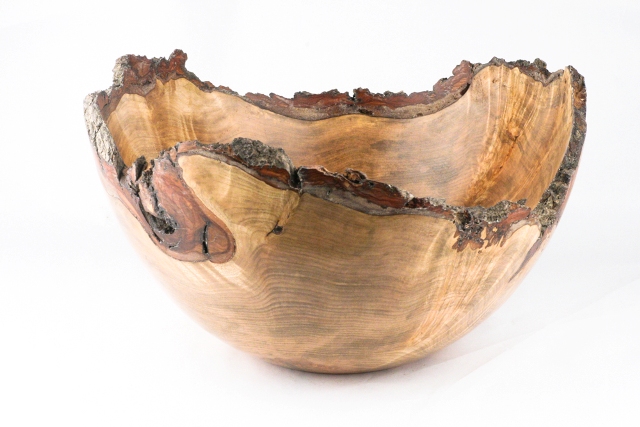 Crotch Wood: The crotches in trees are those areas where two branches separate or the trunk divides into two or more major leads. The interweaving of wood fibers give strength to the tree, supporting the branch or the multiple leads. Crotch wood is typically hard, dense wood with a beautiful, intricate grain pattern, often feather-like in appearance. 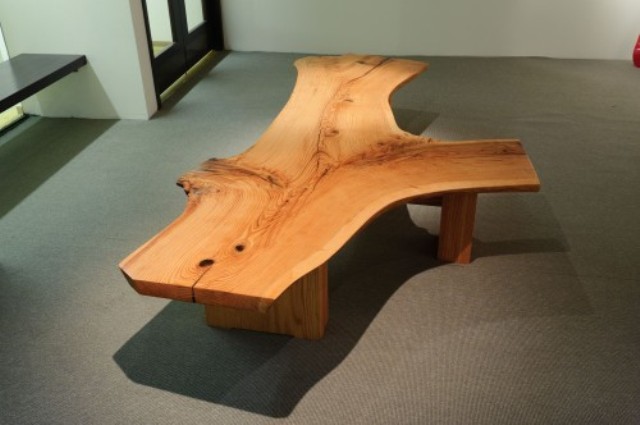 This bench was made from the crotch of a red oak (Quercus rubra) that came down in the courtyard of Morse & Stiles College at Yale University, New Haven, CT.
Photo courtesy of City Bench.

Spalting: Spalting is any form of wood discoloration caused by fungi growing in live trees or downed logs. One common spalting pattern is the presence of black streaks running with the grain that results in a beautiful marbling. Other patterns include a bleaching caused by white rot fungi removing lignin, and bluestaining, caused by pigmentation introduced from other types of fungal growth. Since the fungi remove the compositional components of wood (cellulose, hemicellulose and lignin), spalted wood can be fragile and a challenge to work with. 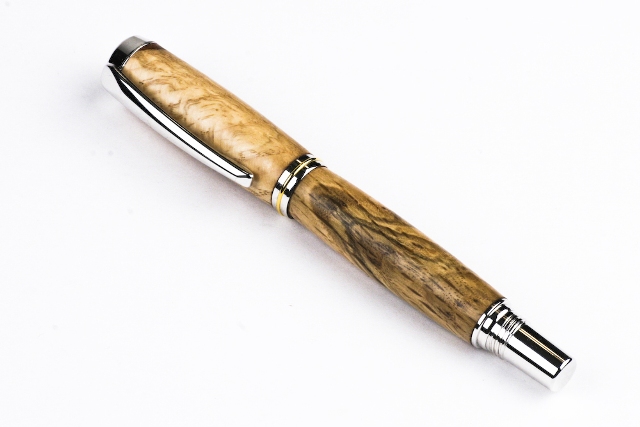 Curly Figure: Contortions in grain direction reflect light differently creating a three dimensional appearance of undulating waves. In various forms, this type of phenomenon is known as tiger, fiddleback or flamed figure. This occurs in many species but is especially striking in maple. 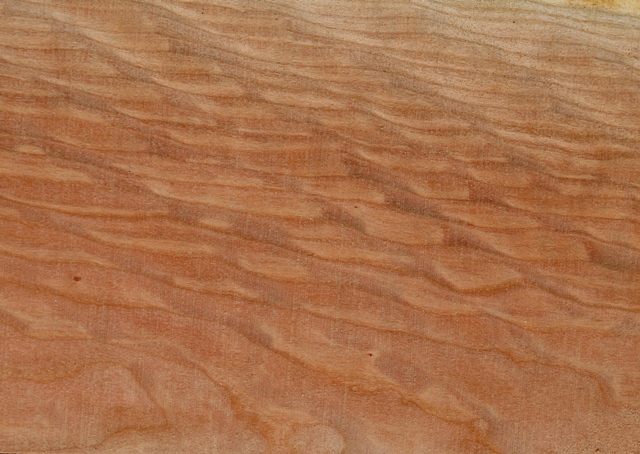 Variations of curly figure in boards sawn from the same cherry tree.

Figure: The pattern produced in a wood surface by annual growth rings, rays, knots, deviations from regular grain such as interlocked and wavy grain and irregular coloration.

Grain: The direction, size, arrangement, appearance, or quality of the fibers in wood or lumber.

Luster: Luster is a somewhat subjective characteristic of some woods and refers to the way in which light reflecting from the wood appears to penetrate into and then shine from the surface of the board.

Mineral Streak: An olive to greenish-black or brown discoloration of undetermined cause in hardwoods.

Texture: Finer structure of the wood. Term sometimes used to combine the concepts of density and degree of contrast between earlywood and latewood.