Connecticut Environmental Conservation Police Officers
What We Do

Many people do not know what an Environmental Conservation (EnCon) Police Officer is or what they do. Some people may recognize them by their old title of "Game Warden." Traditionally the Connecticut EnCon Police Officer has been charged with the responsibility of enforcing the State’s fish and game laws. As Connecticut has grown and changed, the role of the EnCon Officer in law enforcement has expanded. Duties now include the enforcement of the laws and regulations that concern boating, motor vehicle, criminal and public safety. Connecticut EnCon Police Officers now assist and act as back up for State and Municipal Police Departments in narcotics enforcement, domestic disputes, assaults and many other law enforcement functions and are the primary response units to assist the United States Coast Guard. 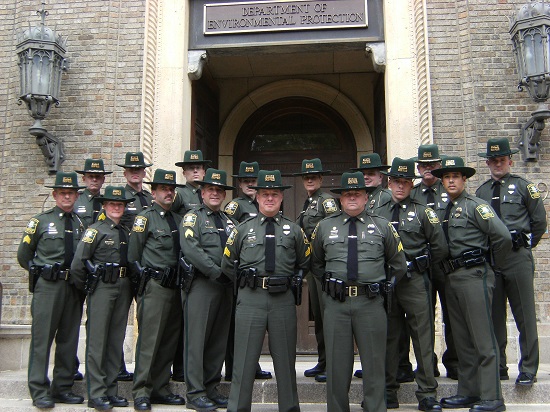 Connecticut EnCon Police Officers not only have the responsibility of enforcing Connecticut’s fish and game laws and regulations, but are also Deputy Special Agents of the U.S. Fish and Wildlife Service and National Marine Fisheries Service and as such may also enforce U.S. Federal Codes concerning the taking of fish and wildlife. 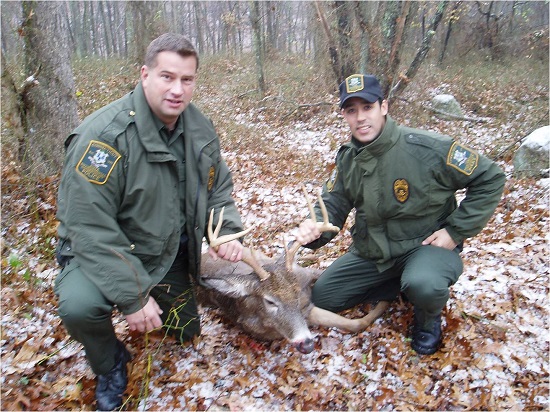 Their duties in fish and game enforcement include a wide range of activities from checking sporting licenses to undercover assignments investigating suspected violations of fish and game law. 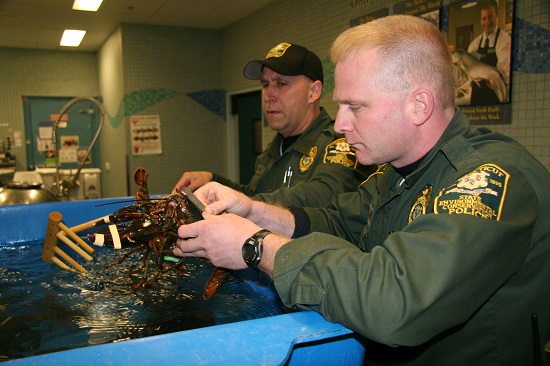 The purpose of enforcing fish and game laws is to ensure that the state’s wildlife and fish populations are not harvested in excess or illegally exploited for commercial gain. Excessive harvesting or exploitation of a species can lead to an overall decline of the species population or contribute to the extinction of a species. Through the enforcement of fish and game laws and regulations EnCon Police Officers help to maintain stable populations of fish and wildlife species for future generations to enjoy 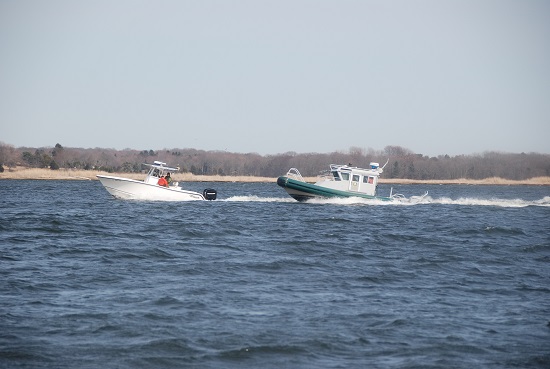 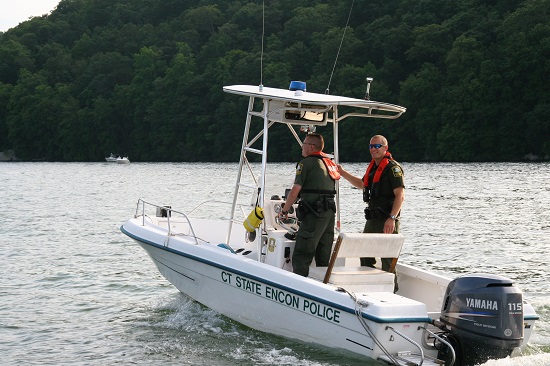 EnCon Police Officers are responsible for enforcing Connecticut’s laws and regulations pertaining to the commercial harvesting of fish and shellfish. 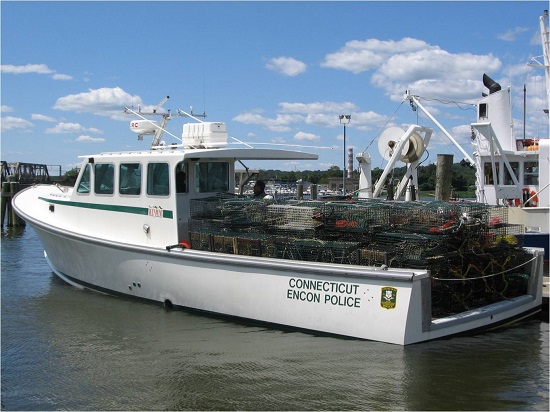 The EnCon Police Division’s Marine District officers work closely with the Connecticut Department of Agriculture’s Bureau of Aquaculture and the United States Food and Drug Administration to help ensure that contaminated shellfish do not reach the consumer market. 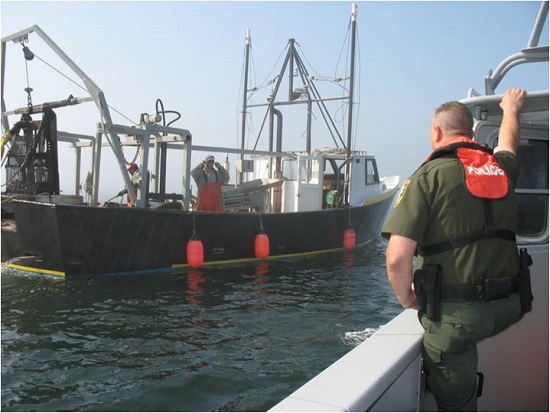 When time allows, EnCon Police Officers may respond to reports of sick, injured or nuisance wildlife. Officers responding to such reports make every effort to rescue the animal or possibly relocate it to a more suitable habitat to reduce conflict between the animal and humans. In the case of injured wildlife, if possible, the officer will turn the animal over to a licensed wildlife rehabilitator for care with the goal of eventual return of the animal to its natural environment.

EnCon Police Officers work with Department biologists to monitor Connecticut’s growing black bear population and work to protect the public through education about living with black bears. Every year there are thousands of reports of bear sightings and nuisance bear complaints. During winter months hibernating bears are located and data regarding population, health and the number of cubs with sows is gathered. 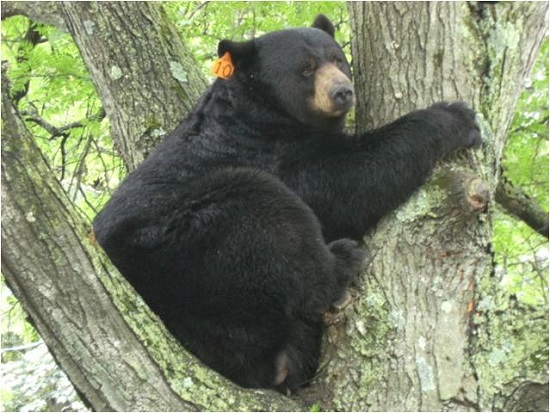 In addition to black bears, Connecticut has a growing moose population. EnCon Police Officers assigned to the Chemical Immobilization team are experienced at tranquilizing and relocating moose from urban to rural areas of the state. Moose require special handling when tranquilized. Officers must cover the moose with ice to keep the moose from overheating and in many cases provide the moose with oxygen during transport. Once a moose is relocated, officers and biologists monitor the moose until it can safely return to the wild. 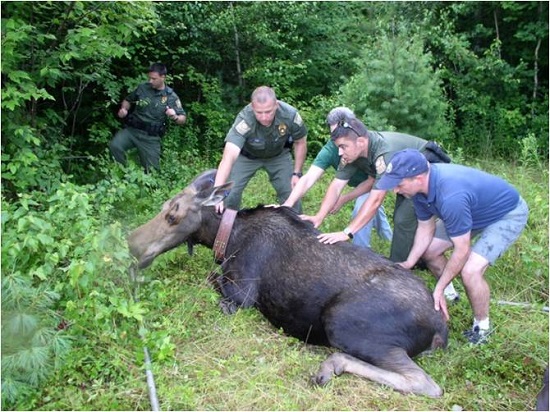 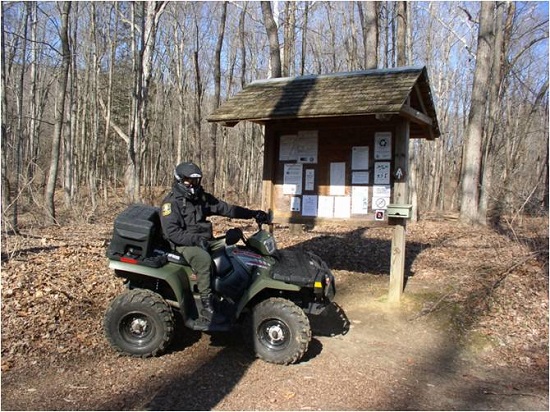 Officers conduct patrol work within our state parks and forests to act as a deterrent to such criminal activity. When crimes do occur in these areas, EnCon Police Officers respond to the complaints and conduct investigations with the goal of apprehending those responsible for the criminal activity. 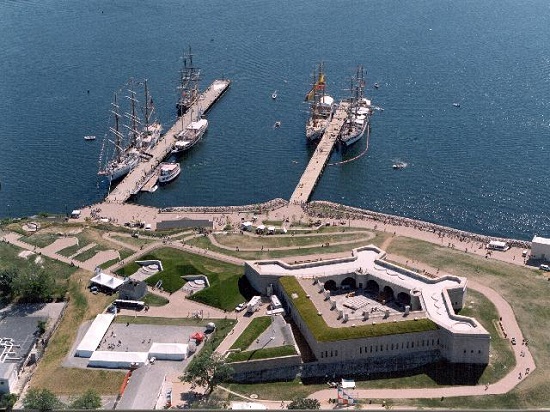 EnCon Police Officers enforce state laws and regulations pertaining to the operation of snowmobiles and all terrain vehicles on state owned property and on frozen bodies of water. Officers utilize snowmobiles, all terrain vehicles and off road motorcycles to patrol for potential violators. In addition, the Division is assisted by the Connecticut State Police Aviation Unit to enhance enforcement efforts. 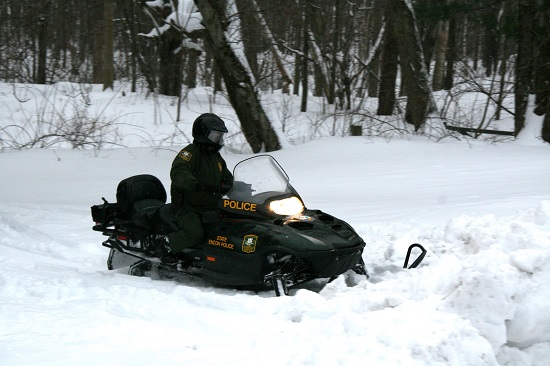 Every year, EnCon Police Officers responded to dozens of Search & Rescue (SAR) and missing person incidents in Connecticut State parks and Forests, on the state’s lakes and rivers and on Long Island Sound. These missions range from locating lost hikers to recovery of drowning victims to aircraft accidents in Long Island Sound. EnCon Police Officers provide a valuable service to local and state police, fire departments and the US Coast Guard in SAR missions due to their extensive knowledge of the remote areas of the state and our offshore waters. Officers utilize patrol vessels, all-terrain vehicles and snowmobiles to augment these search efforts. 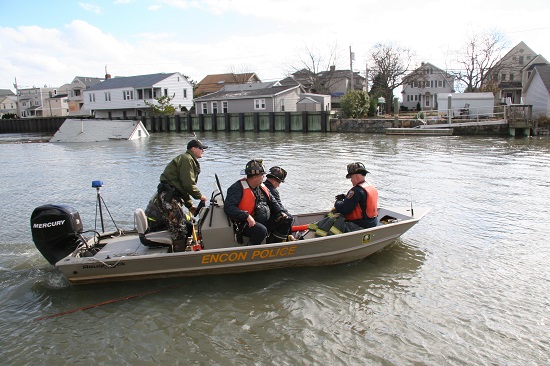 In June 2012, four EnCon Police Officers and their K-9 partners completed training conducted by the Connecticut State Police and became certified handlers in the areas of search and rescue and evidence detection. The officers and their partners, Officer Erin Crossman and Ellie Mae, Officer Holly Bernier and Saydee, Officer William Logiodice and Ruger, and Officer Karen Reilly and Hunter, went through four weeks of vigorous training before becoming certified.  The Agency obtained three of the dogs from Connecticut Labrador Rescue Inc, in Haddam and Michael Case, a private breeder from Colebrook, Connecticut who donated the fourth K-9 to the Department. 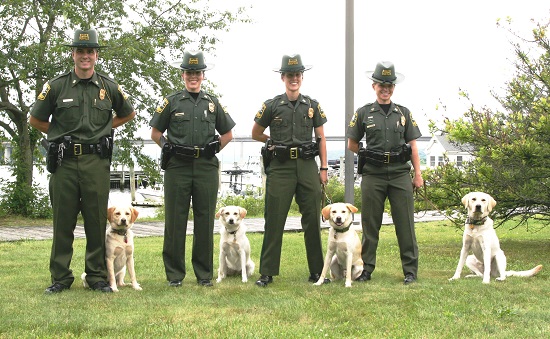 Since the terrorist attacks of September 11, 2001, the EnCon Police Division has been tasked with a number of responsibilities related to Homeland Security. As a result of these attacks, the mission of the United States Coast Guard has involved additional off shore patrol assignments. These assignments have had an impact on the Coast Guard’s ability to respond to Search & Rescue missions on Long Island Sound. In order to protect public safety, and to assist the Coast Guard, the EnCon Police Division serves as their primary backup. EnCon Police Officers actively patrol public watershed areas by vehicle and on foot to enhance the level of security of public drinking water supplies. Officers also conduct waterborne security patrols of the major harbor areas of the state to augment U.S. Coast Guard resources to protect this infrastructure that is vital to Connecticut’s economy. 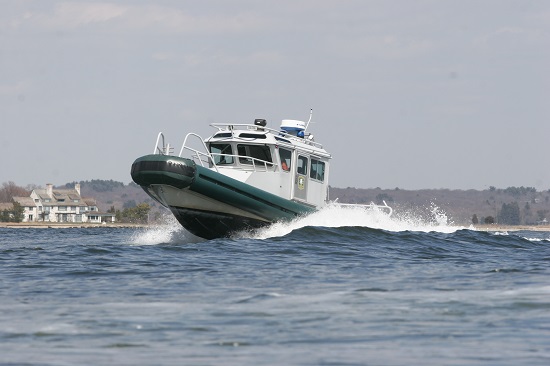 Officers also conduct Homeland Security patrols in the waters off the Millstone Point Nuclear Power Plant in Waterford. Officers patrol this area on a 24 hour/7day a week basis during times of elevated terrorist threat levels. 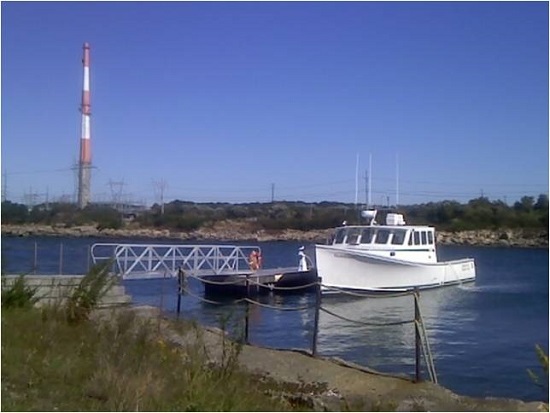 The EnCon Police Division dedicates numerous hours every year in educating the public on such topics as the protection of our natural resources and safety concerns while enjoying the outdoors. 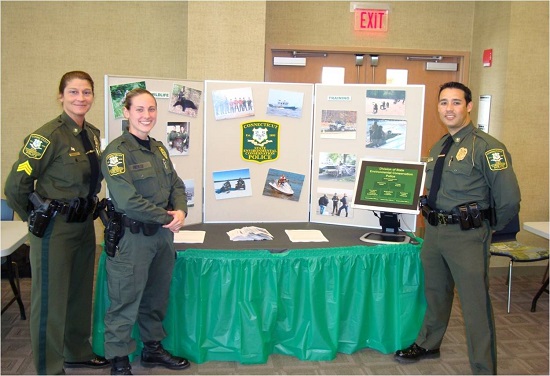 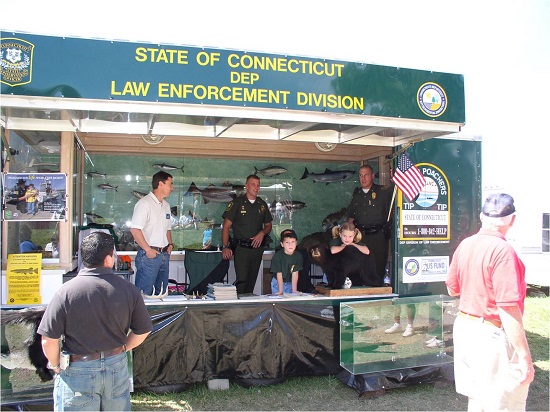