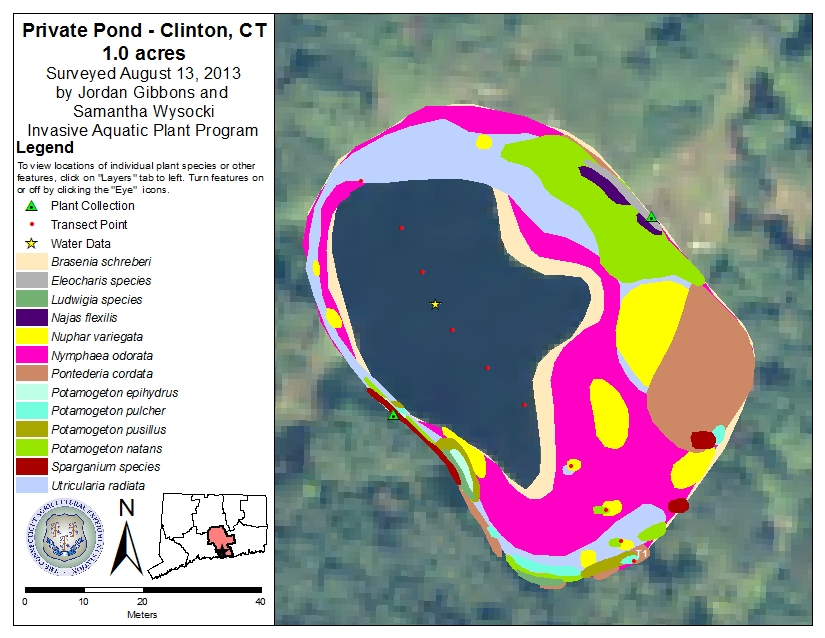 In August 2013, the CAES IAPP conducted a vegetative survey of a 1-acre pond located on private property in Clinton, CT. It is a small, shallow pond with a maximum depth of 4 meters. Access to the pond is limited to the resident’s backyard for personal use.

The survey found 12 plant species, none of which were invasive. Watershield (Brasenia schreberi), white water lily (Nymphaea odorata), and floating bladderwort (Utricularia radiata) dominated the pond except for an open area where the water depth was too deep to support plant life. Of the ten transect points, watershield and white water lily were present on 50% and floating bladderwort was present on 20%.