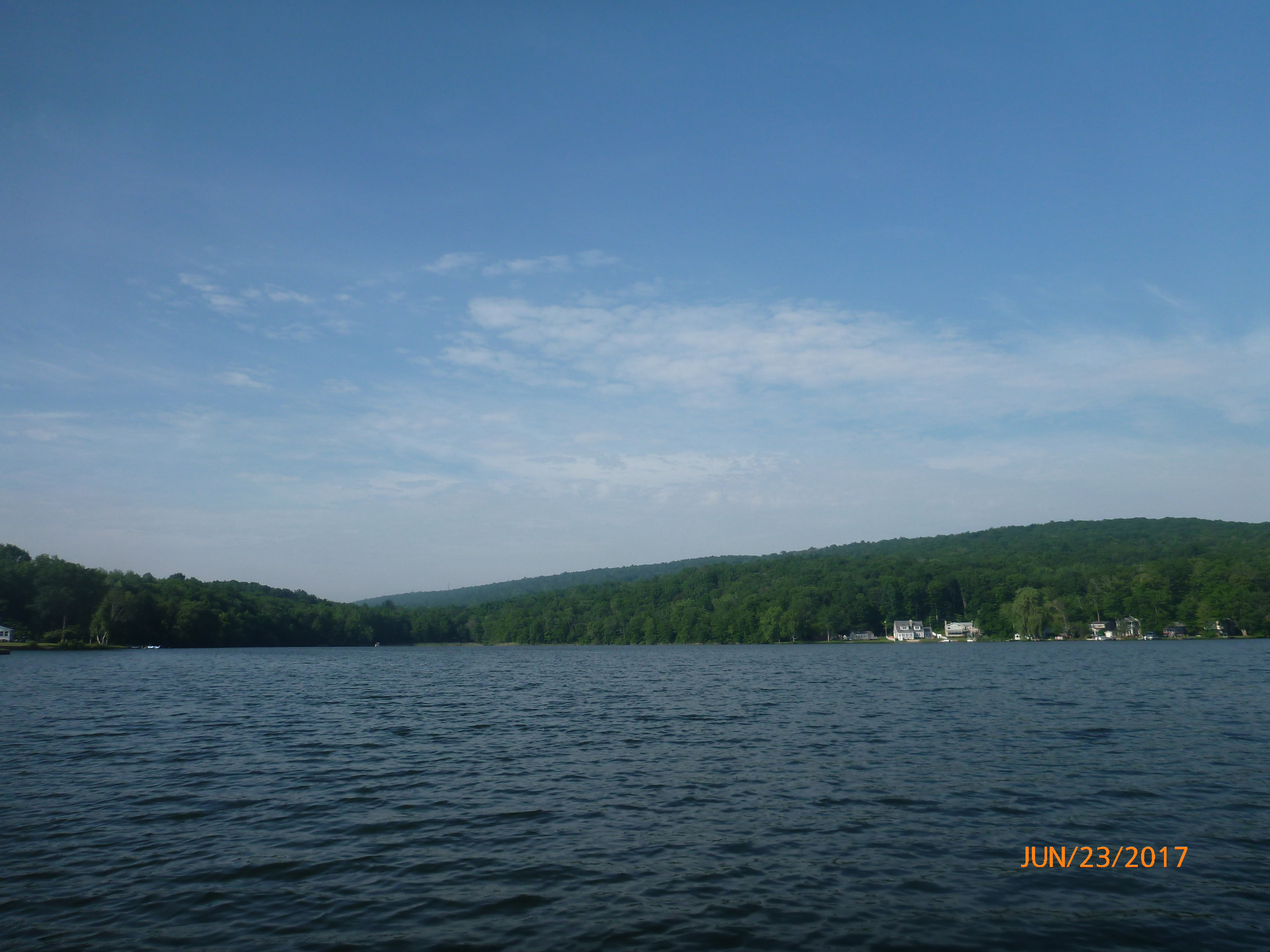 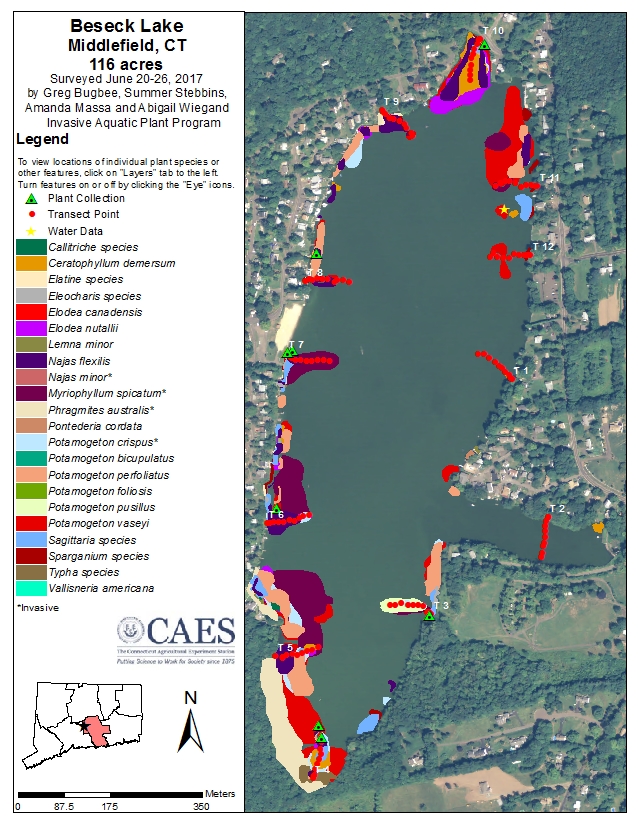 Beseck Lake is a 113 acre lake located in Middlefield, CT.  There is a public boat launch along the eastern shoreline.  A dam is located at the end of the long, deep cove along the eastern shore.  The lake is used for a variety recreational activities such as boating, water skiing, jet skiing, and fishing.  The majority of the shoreline is developed except for a park at the southern end.  Beseck Lake's maximum depth is 24 feet with an average depth of 12 feet. The lake was drawn down roughly 12 feet for dam repair in 2013, and water levels remained low for over a year causing  invasive phragmites and native cattails, sedges and other wetland plants to grow in much of the current shoreline.

The 2017 CAES IAPP survey was the third full vegetative survey of the lake (2004 Survey; 2011 Survey) and reflected conditions two years after the long term drawdown for dam repairs. The 2017 survey found 22 species of aquatic plants. Invasive Potamogeton crispus (curlyleaf pondweed), Myriophyllum spicatum (Eurasian watermilfoil) were found in each year, however,  the coverage's and abundances were considerably more than in 2004 but less than 2011.  M. spicatum was predominantly found in the southern portion of the lake. P. crispus was found sporadically along most of the shoreline and was never the dominant species. Phragmites australis (common reed), that had become established on the exposed lake bottom during dam repairs, was found sporadically although it appeared to be suffering from submersion. This plant will likely fade away, in these areas, but should be watched in case control measures are necessary.

This was our first survey that found the presence of state-listed Potamogeton vaseyi (Vasey’s pondweed). P. vaseyi was found throughout much of the lake, being the dominant species in the southern and northern ends. It was also found to be codominant with Potamogeton perfoliatus (clasping-leaf pondweed) along much of the shoreline.

We found 18 native species in 2017. This compares to 11 in 2004 and 17 in 2011. The native species were abundant yet rarely a nuisance. They included Ceratophyllum demersum (Coontail), Elodea nuttallii (western waterweed), Najas flexilis (nodding waternymph), Sparganium species (bur-reed), Elatine species (waterwort), Sagittaria species (arrowhead), Eleocharis species (spikerush), Calitriche species (water starwort), Pontederia cordata (pickerelweed) and free-floating Lemna minor (common duckweed). The decline in invasive species along with the rapid recovery of native species after the long term drawdown for dam repairs is encouraging.  If in future years invasive species become a nuisance, control measures will be complicated by the presence of state listed  P. vaseyi.