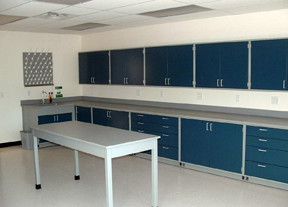 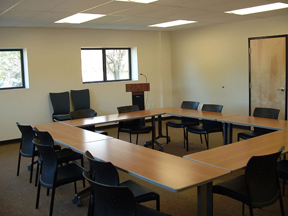 In 2008, approximately 14 acres of prime farmland in Griswold and a small adjacent parcel of forest in Voluntown were transferred from the Department of Environmental Protection (DEP) to The Connecticut Agricultural Experiment Station.  Previously used by the DEP as the State Tree Nursery, this state land and associated buildings will be used for many projects, including the study of diseases, cold hardiness and yield of grape vines, an evaluation of cultivars of rapeseed for biodiesel fuel production, a study on the biocontrol of parasitic nematodes of plants, trials of environmentally-friendly pesticide applications to control hemlock woolly adelgid, and to refine disease resistance in timber chestnut trees.  In addition, a project will be initiated at the Center to document the activity of eastern equine encephalitis virus in mosquitoes in eastern . One of the buildings will have an office for the State Bee Inspector, who monitors our threatened populations of honey bees that are so vital to the fruit industry of the state.  The Center will also be a base for the Experiment Station's staff members who conduct ongoing surveys of lakes for invasive plants and of forests for emerging insect and plant disease pathogens. These efforts will greatly expand the agency’s ability to serve the residents of .