With one of America's highest concentrations of scientists and engineers, Connecticut has become a center for forward-edge work in medicine. Strong R&D partnerships with our universities are helping speed the progress to new cures and advanced treatment protocols. 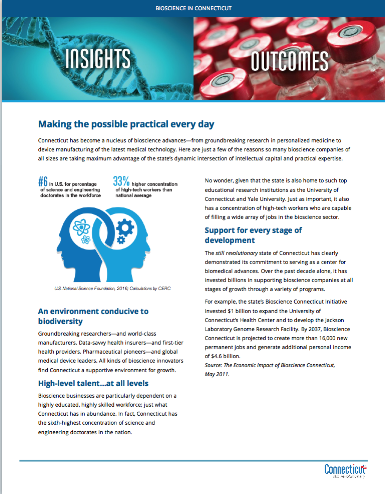 Read about the resources ready to support bioscience and medical devices enterprises, including funding and public/private partnerships.