When your product has to meet the toughest tolerances with the highest consistency, build it in the state with a track record of success. From jet engines to nuclear submarines, Connecticut workers have created some of industry's most complex technologies. They've not only mastered the new tools of advanced manufacturing, they know how to innovate with them. 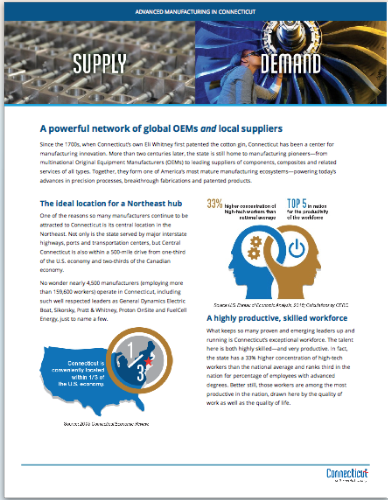 Read about the resources ready to support advanced manufacturing and aerospace  enterprises in Connecticut.