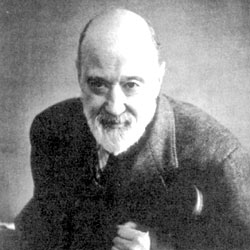 Charles Edward Ives (1874-1954) was born at the family home in Danbury, and was taught the basics of harmony, counterpoint and fugue by his father George, who was a famous Civil War bandmaster. He entered Yale University in 1894 and studied with Horatio Parker, a composer and professor of composition. In 1908, he married Harmony Twichell. While managing a large and successful New York City insurance agency as founding partner, Ives continued to compose music both in New York and in his Redding, Connecticut country home. His works include symphonies, tone poems and nearly 200 songs. He was awarded the Pulitzer Prize in 1947 for his Third Symphony, and was designated the State Composer by the General Assembly in 1991.