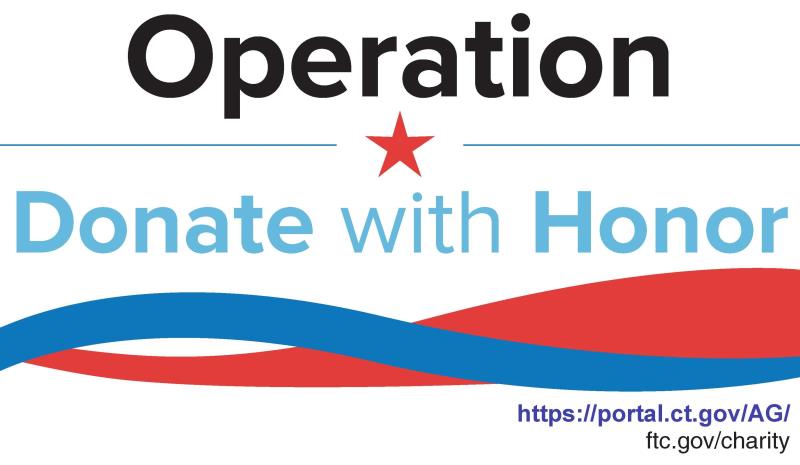 Conn. Joins FTC and More than 50 States and Territories to Combat Fraudsters Falsely Claiming to Help Veterans and Service Members

Connecticut has joined with the Federal Trade Commission (FTC) and law enforcement officials and charity regulators from more than 50 states and territories in Operation Donate with Honor – an education and enforcement campaign including more than 100 actions against charities, fundraisers and individuals, a sweeping new donor education program and a crackdown on fraudsters that con consumers by falsely promising their donations will help veterans and service members.

"Time and again, state attorneys general have come together on matters of national importance to enforce, educate and advocate on behalf of our residents," said Connecticut Attorney General George Jepsen, who co-chairs the National Association of Attorneys General's (NAAG) Charities Committee and today joined officials from the FTC and other states at a press conference in Washington D.C. to announce this new campaign. "Today, I'm so proud that more than 50 attorneys general are joining forces with the Federal Trade Commission, state charities regulators, the Wise Giving Alliance and our private-sector partners to announce this important initiative. Charities fraud of any kind is abhorrent in that it preys upon the good will that we feel toward others, but veterans charities fraud –which deprives legitimate organizations of much-needed resources meant to help our servicemen and women in need – is especially upsetting. The campaign we're launching today will offer important resources to donors searching for charities that match their own values."

"We're incredibly proud to join this effort, and to have great partners nationally, and in our Attorney General and Department of Veterans Affairs," said Consumer Protection Commissioner Michelle H. Seagull. "Charity fraud is among one of the most cruel types of fraud because it takes advantage of the good nature of so many of our friends and neighbors. That is only made worse when they also take advantage of our veterans and military families. We're pleased that the resources provided by today's campaign launch will help more families avoid this type of fraud."

"It is despicable that in this nation there are scam artists, fraudsters and fly-by-night organizations that take advantage of the public's patriotism and support of our veterans and divert and pocket donations intended to help the veterans and current military personal who sacrificed to protect American freedom and democracy," Department of Veterans Affairs Commissioner Thomas J. Saadi said. "That is why this combined campaign to stop veterans charities fraud is so important in our collective mission of Serving Those Who Served while in uniform and when they come home."

Connecticut's charities regulators are committed to fighting against organizations that make false representations to potential donors and divert charitable funds from their intended purposes. In November 2017, Connecticut joined with more than 20 other states in action to shut down operations of VietNow National Headquarters, Inc., a national charity that purported to benefit veterans of the Vietnam War but spent only a fraction of its donations on programs to help military veterans.

The more than 100 actions announced today by the FTC and the states showcase the many different ways that consumers are approached to donate. Charities and fundraisers sought donations online, through telemarketing, direct mail, door-to-door contacts and at retail outlets. The common theme was the false promise to help veterans, including assistance for homeless and disabled veterans, employment counseling for veterans, mental health assistance and care packages for deployed service members.

Some actions charged charities with using deceptive prize promotion solicitations, while others targeted non-charities that falsely claimed donations would be tax deductible. Some cases focused on organizations engaged in flagrant self-dealing to benefit those running the charity, and some alleged that fundraisers made misrepresentations on behalf of veterans charities or stole money solicited for a veterans charity.

Click here for a complete listing of the nationwide enforcement actions announced today as part of Operation Donate with Honor.

Operation Donate with Honor was developed in coordination with the FTC and the National Association of State Charity Officials (NASCO), the association of state offices charged with oversight of charitable organizations and charitable solicitations in the United States. The initiative pairs enforcement actions with an education campaign to help consumers recognize charitable solicitation fraud and identify legitimate charities. 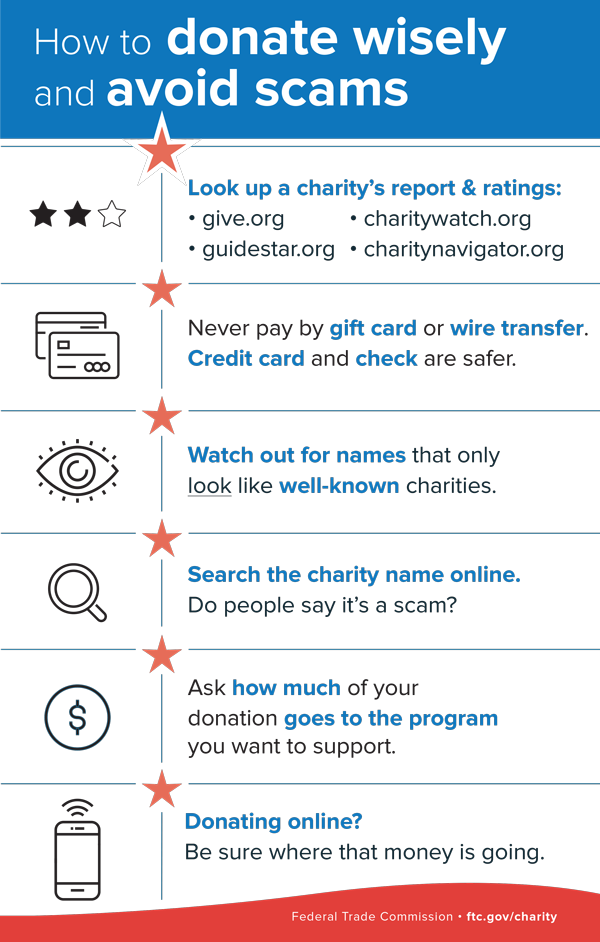 The national education campaign is intended to help potential donors – regardless of where or how they choose to donate – learn how to spot fraudulent and deceptive solicitations and make sure their contributions actually benefit veterans and service members. The campaign also includes a new video that highlights tips on how to research charities in order to give wisely to veterans organizations. Click here to view Connecticut's educational video and to learn more about the state's wise giving resources.

"Connecticut residents are generous people who want to support causes and groups that help others, especially veterans," Attorney General Jepsen said. "The need will be there tomorrow and the next day, though, so potential donors should be wary of solicitations that pressure them to give immediately. Take your time, do a little research, and make sure your money is going where you want it to go. The resources we're launching today can help potential donors as they make the important decision of where to donate."

"We know that here in Connecticut, our consumers have good hearts and want to help others, but charities remain one of our largest complaint areas," said Commissioner Seagull. "That's why charities enforcement is one of our priorities at DCP. We've worked to help charities stay in compliance, and provide consumers with information all year that can support them as they make a plan to give smart."

"Let us honor our veterans by taking the time to ensure we are supporting trusted local and national veterans organizations and charities who in turn provide real support to our veterans and their families,” said Commissioner Saadi.

Additionally, as part of Connecticut's Operation Donate with Honor education campaign, Attorney General Jepsen and Commissioners Seagull and Saadi have joined with the Connecticut Retail Merchants Association, the Connecticut Food Association and the Connecticut Restaurant Association to distribute helpful guidance to retailers, grocery stores and restaurants in the state, who are often asked to allow veterans charitable groups to solicit for funds outside of their establishments. The letter details charitable registration and solicitation requirements under state law. Click here to view a copy of this letter.