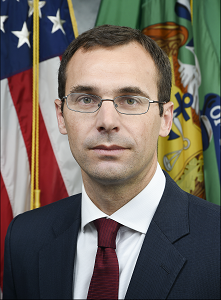 Steven E. Seitz is the Director of the Federal Insurance Office (FIO) in the U.S. Department of the Treasury. FIO monitors all aspects of the insurance industry and develops federal policy on prudential aspects of international insurance matters, including representing the United States at the International Association of Insurance Supervisors (IAIS). FIO also administers the Terrorism Risk Insurance Program. FIO is also authorized to collect and disseminate data and information from the insurance industry.

Steven is a non-voting member of the Financial Stability Oversight Council. At the IAIS, Steven is a member of the Executive Committee and serves as Vice Chair of the Macroprudential Committee. Steven also represents FIO at the Sustainable Insurance Forum.

Steven holds a B.A. from Cornell University and a J.D. from The University of Chicago Law School.