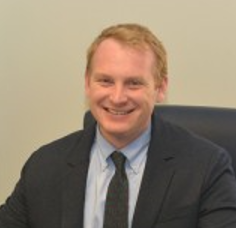 Josh Hershman was appointed as Connecticut Insurance Department’s (CID) Deputy Commissioner in 2019 and also serves as CID’s Chief Operating Officer. Since starting at CID Josh has focused on consumer protection through innovation and technology, both internally and externally. He believes that improving access and inclusion in insurance are important goals of CID’s mission. Solutions to further advance CID’s mission are often brought to the insurance industry by way of InsurTechs. Josh works with InsurTechs regularly, having an open-door policy, speaking at events, and participating in Connecticut’s vibrant InsurTech ecosystem.

Before joining the Connecticut Insurance Department, Josh worked as an attorney in private practice where he focused on complex business planning and litigation. He previously worked as the attorney for Governor Ned Lamont’s successful gubernatorial campaign. Josh is a member of the Guilford Fire Commission in Guilford, Connecticut, where he lives with his wife and two daughters.