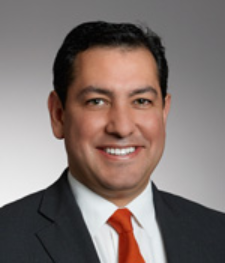 Bryan Garcia is the president and CEO of the Connecticut Green Bank – the nation’s first state-level green bank. The “green bank model” is demonstrating how smarter use of public resources can attract more private investment in the green energy economy – reducing energy burden on households and businesses, creating jobs in local communities, increasing the deployment of clean energy, and reducing greenhouse gas emissions that cause global climate change. With its message of “Inclusive Prosperity”, the Green Bank won the “Innovations in American Government Award” in 2017 by the Harvard Kennedy School’s Ash Center for Democratic Governance and Innovation.

Before joining the Green Bank, Garcia was program director for the Yale Center for Business and the Environment. At Yale, Garcia led efforts to develop a leading global program responsible for preparing environmental leaders for business and society. There he was co-editor of two publications – “Carbon Finance: Environmental Market Solutions to Climate Change” and “Carbon Finance II: Investing in Forests for Climate Protection”. Prior to Yale, he served as Connecticut’s Climate Change Coordinator where he supported the Governor’s Steering Committee on Climate Change. Early in his career, he was a U.S. Peace Corps Volunteer specializing in NGO capacity building and environmental education in the Republic of Kazakhstan.

He holds a B.S. degree in political economy of natural resources from U.C. Berkeley, M.P.A. in public and non-profit administration and an M.B.A. in finance from New York University, and an M.E.M. degree from Yale University.