STATE TROOPERS SEEK PUBLIC'S HELP
On 9/29/11 State Troopers from Troop L-Litchfield received a complaint of a larceny of a wallet and credit cards from behind a counter at a store in Kent.

Area police agencies have been advised of this theft.  Troopers have located security surveillance video footage of the possible suspect, and witnesses were able to provide specific details regarding this larceny. See photo of suspect.

Anyone with information, or anyone that can identify the suspect, is asked to please contact Trooper Matt Eagleston at 860-626-7900.

All calls will be kept confidential. 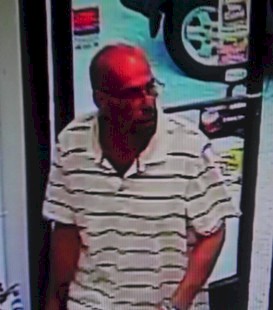