Troopers from Troop D responded to the bank and the surrounding area in search of the suspect. Detectives from the Eastern District Major Crime Squad responded to conduct the investigation and process the scene.

Troopers learned that at about 11:50 a.m., a white male subject, approximate age 20s, wearing a thigh-length, olive green winter coat, black pants, work boots and a blue ball cap with NY on it entered the bank. He waited for an available teller and approached her. The subject handed the teller a note demanding the money and threatening that he had a firearm. The teller handed the subject an undisclosed amount of cash. The subject then fled the scene in an easterly direction across the plaza. Bank surveillance captured images of the suspect from the robbery.

Detectives learned that the bank robbery suspect fled from the bank to the area of the Yamoto Steak House and Cumberland Farms Store on Route 101 in Dayville,  possibly to an awaiting vehicle.

Photos of the suspect from the scene: 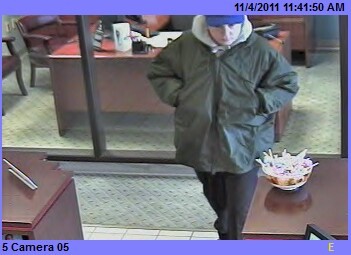 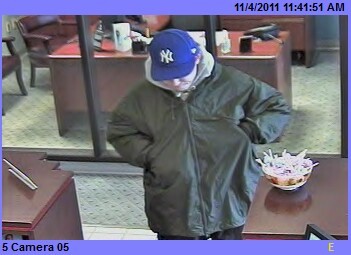 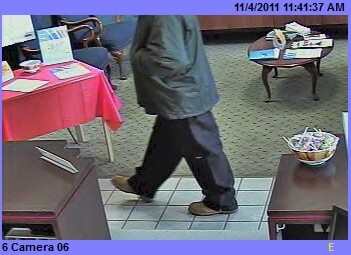