Over the past few days, First Niagara Bank branches in both Coventry and Mansfield have received threatening telephone bomb threats.

The female caller has threatened that an explosion would take place at the commercial establishments.  Upon receipt of the telephone threat, State Police Bomb Squad Troopers and State Police Bomb K-9 teams responded and conducted searches of all the bank facilities with negative results.

Coventry and State Police have undertaken a criminal investigation in an attempt to identify the female caller.   Troopers and Coventry Detectives have developed information and leads in this criminal case.

Presently, Troopers are looking to identify the female in THIS VIDEO who is described as a white female, wearing a  light colored top with a pony tail.  Investigators believe that she may be driving a green SUV-type vehicle.

Troopers and investigators are seeking the identity of this female.  Anyone who may identify this female is asked to call State Police at Troop C in Tolland at 860-896-3200 or State Police Crime Tips (anonymous) 860-896-3237. All information and calls will be kept confidential. 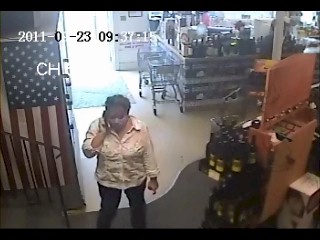 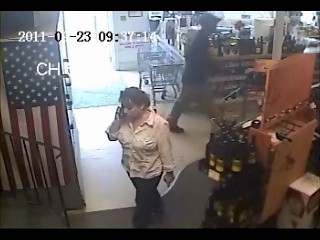