Sparklers, as determined by the state as stated in CGS 29-357, include sparkling devices of not more than one hundred grams of pyrotechnic mixture per item, which are non-explosive and non-aerial provided (1) such sparklers and fountains do not contain magnesium except for magnalium or magnesium-aluminum alloy, (2) such sparklers and fountains containing any chlorate or perchlorate salts do not exceed five grams of composition per item, and (3) when more than one fountain is mounted on a common base, the total pyrotechnic composition does not exceed two hundred grams. These include the common stick sparklers and cone, base, spike and handle fountains.

The latest requirements for the storage and display are found in the 2009 amendments to the 2005 Connecticut State Fire Safety Code Part V section 20.12.2.4.

ANSWER: No. Although there were others listed in the proposed bill, sparklers were the only items that made it through the process. Smoke bombs, poppers, snakes, glowworms, and other novelty items are still illegal.

Items pictured below are illegal to sell, purchase or use in Connecticut. 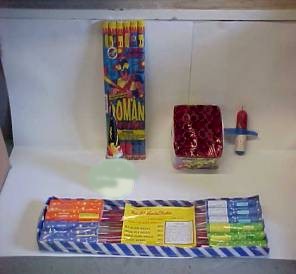 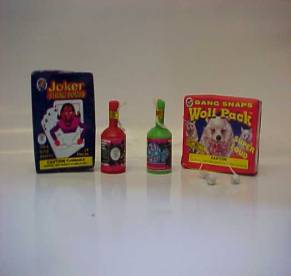