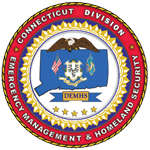 
The Division of Emergency Management and Homeland Security (DEMHS) is pleased to announce dates for the 2019 Governor's Emergency Planning and Preparedness Initiative (EPPI). Since 2012, The Department of Emergency Services and Public Protection (DESPP), Division of Emergency Management and Homeland Security (DEMHS) has conducted an annual statewide exercise in order to prepare the state and its one-hundred and sixty-nine municipalities and two tribal nations for natural and man made disasters. Yearly, DEMHS develops a disaster scenario that is used by state agencies and local/tribal governments to exercise their emergency plans including the State Response Framework, Regional Emergency Support Plans and Local Emergency Operations Plans. Local, tribal, State and private-non profit stakeholders may be requested to participate in this yearly exercise in order prepare Connecticut for a variety of hazard situations.

The 2019 Governor's EPPI will be held for both state agencies and municipalities throughout the months of November and December. This multi-day event will coincide with the 2019 nationwide utilities exercise know as GridEx V 2019 with a focus on cybersecurity considerations. Guidance has been released to municipalities and state agencies notifying them of the 2019 EPPI. Additionally, a  2019 EPPI webpage has been created as a clearinghouse for information regarding the 2019 Governor's EPPI.