Office of the Chief State's Attorney

Located in Rocky Hill, Connecticut, the Office of the Chief State's Attorney is responsible for the statewide administrative functions of the Division of Criminal Justice. In addition to budget, personnel and other administrative functions, the Office of the Chief State's Attorney includes specialized units for the investigation and prosecution of certain criminal matters and for representing the state in appellate and other legal matters.

Follow this link for a listing of State's Attorneys and their office locations.

Follow this link to e-mail the Chief State's Attorney.  NOTE: In accordance with State of Connecticut security protocols, the Division of  Criminal Justice cannot accept unsolicited email attachments. Unless this agency has specifically asked you to submit an attachment, all information must be submitted as plain text in the body of the email. 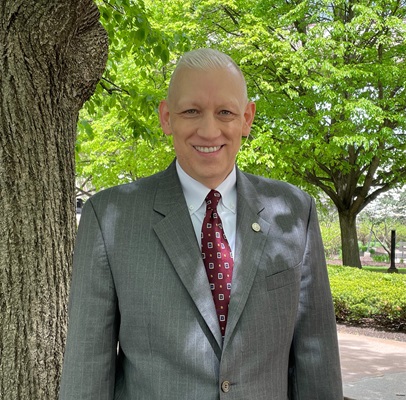 Patrick J. Griffin was appointed Chief State's Attorney by the Criminal Justice Commission on May 12, 2022. As Chief State's Attorney, Attorney Griffin is the administrative head of the Division of Criminal Justice, the independent agency of the executive branch of state government that is responsible for the investigation and prosecution of all criminal matters in the State of Connecticut.

In 2013, Attorney Griffin was promoted to Supervisory Assistant State’s Attorney in charge of the Cold Case & Shooting Task Force Bureau at the Office of the Chief State’s Attorney. As the supervising prosecutor, he directed a combined staff of prosecutors, inspectors, federal agents, municipal police detectives and Connecticut Department of Correction personnel who were responsible for the investigation and prosecution of unsolved violent crimes throughout the State of Connecticut as well as staffing local shooting task forces in Hartford and New Haven.

In 2014, Attorney Griffin was designated as a Special Assistant United States Attorney for the District of Connecticut and tasked with the investigation and prosecution of cold case homicides in federal court.

In 2015, Attorney Griffin received the Oliver Ellsworth Connecticut Prosecutor of the Year award.

Attorney Griffin earned his Bachelor of Arts degree from St. Bonaventure University in New York and his law degree from Creighton University School of Law in Nebraska.

Specialized Units in the Office of the Chief State's Attorney

The Appellate Bureau is responsible for representing the State of Connecticut in the vast majority of appeals challenging criminal convictions. This bureau, which employs approximately twenty-five prosecutors, prepares written legal arguments (briefs) and presentations (oral argument) before the Connecticut Supreme Court and the Connecticut Appellate Court.

In any given year, the Bureau will have some 800 separate cases pending before the state's appeals courts and another dozen before the United States Supreme Court. Among these cases are appeals of the convictions of those sentenced to death in Connecticut.

The centralization of appellate litigation in a single bureau serving the entire State permits prosecutors to become appellate specialists. These attorneys track development and trends throughout the state's trial courts, and also conduct important research for the Chief State's Attorney on criminal justice issues and training.

The Civil Litigation Bureau is primarily responsible for state and federal habeas corpus actions in which a convict challenges the lawfulness of his or her criminal conviction in a civil court action. The Civil Litigation Bureau also is responsible for responding to civil subpoenas of investigative and other records of the Division of Criminal Justice or seeking injunctive or declaratory relief.

The Conviction Integrity Unit reviews reliable and credible claims of wrongful criminal convictions in State court. The unit investigates the claims, and if warranted, prepares a report that will be presented to the Conviction Review Panel for possible remedial action.

The Division of Criminal Justice is responsible for the prosecution of criminal housing matters through the Supervisory Assistant State's Attorney for Housing Matters in the Office of the Chief State's Attorney and prosecutors assigned to the Superior Court housing sessions statewide. Housing prosecutors are committed to the maintenance of decent, safe and sanitary housing, handling cases from investigation through criminal trial.

The Medicaid Fraud Control Unit investigates and prosecutes fraud and abuse, including physical abuse and neglect of patients, in facilities that receive funding from Medicaid, a state and federally funded program that pays health care expenses for low-income individuals.

The Statewide Prosecution Bureau is responsible for the investigation and prosecution of "white collar" crimes, including government corruption. Program areas include criminal violations of the environmental protection laws, government corruption and other offenses against public integrity. The bureau includes the Cold Case Unit, which is responsible for the investigation and prosecution of serious crimes that have gone "cold," or unsolved for a long period of time. The cases assigned to this Unit typically include unsolved murders, some of which took place decades ago. The Unit works closely with the State's Attorneys, the Connecticut State Police, municipal police departments, and nationally recognized forensics experts, utilizing the latest technology to solve these crimes.

Through a variety of means, tailored to the individual circumstances presented by each witness, the Witness Protection Unit coordinates protection both to protect their safety and the interest of justice. Services can include temporary relocation, semi-permanent relocation in or outside of Connecticut and police protection. The Unit provides some form of assistance to approximately 200 individuals each year.