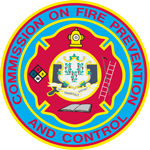 NOTICE: Due to COVID-19 all FPC Training & Certification activities are on PAUSE until FURTHER NOTICE (Pending approval of our Submitted Reopening plan).

Application documents to the Recruit Firefighter Program will be available on this web-page 30 days prior to the start of the program.

Your preparation both Physically and Academically should start the day you applied for your first Firefighter position.
Recruit Firefighter Program Readiness