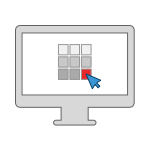 “Doug has served in our office for several years now and has extensive knowledge of the needs and business of our state government,” Governor Malloy said. “From serving in our nation’s military, to working as a journalist and then embarking on a legal career, he has an impressive work ethic and skill set that will serve our office very well as General Counsel. I look forward to having him with us in this new capacity.”