Notice Stay informed about coronavirus (COVID-19): Governor Lamont is telling Connecticut residents to "Stay Safe, Stay Home." All non-essential workers are directed to work from home, and social and recreational gatherings of more than five are prohibited.

For the latest information and guidance, visit ct.gov/coronavirus

NOTICE: Due to public health concerns surrounding the COVID-19 pandemic as well as Governor Lamont’s Executive Order requiring all non-essential employees to work from home, staff of the Freedom of Information Commission will not be present at the Commission's office beginning March 24, 2020 and will telework in accordance with the Governor’s Order. Commission staff will make every effort to continue agency operations to the greatest extent practicable under the circumstances and will retrieve and respond to voice mail and email communications. Please feel free to contact the Commission at 860-566-5682 or by email at: foi@ct.gov. CONTESTED CASE HEARINGS scheduled through May 1, 2020 are POSTPONED. The REGULAR MEETINGS of the FOI Commission scheduled for March 25, 2020, April 7, 2020 and April 22, 2020 are CANCELED. 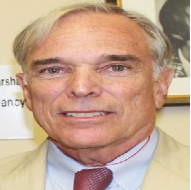 Long before he became a member of the Freedom of Information Commission, Jonathan Einhorn learned the value of bringing information to the people. Now a prominent New Haven attorney, Einhorn’s first foray into the public arena was as a journalist where he learned firsthand the value of open and accessible government.
“It was really a terrific experience,” he says, “It was invaluable. A former editor really helped me learn the value of making sure people are informed. And what I’ve done (since then) has really been an extension of that, bringing information to people and taking people in distress and helping them.”
Starting in high school, Einhorn, a New Haven native and graduate of Hillhouse High School, worked as a “fill-in” reporter at the New Haven Register during vacation and holiday periods. He continued in that role through college (Amherst ’70) and law school (UConn ’73) before becoming a member of the Connecticut Bar in 1974.
For more than 40 years since then, Einhorn has focused mainly on civil and criminal litigation in his practice. But in addition to his highly successful law practice, Einhorn has repeatedly been drawn back to his interests in the public arena and his desire to see government operating efficiently and openly, first as a New Haven city official and then as an FOI Commissioner.
When Rosalind Berman, a future FOI Commissioner, gave up her seat on the New Haven Board of Alderman to make a successful run for the state house of representatives in 1976, Einhorn took over her seat on the Board of Aldermen. He hoped to carry on her legacy of championing open government.
There was one not so insignificant problem: he was the only Republican on the board.
“Most of the time, I was the only Republican out of 30,” he recalls. “And because of minority representation rules, I had to sit on every committee. But I wanted to take up Roz’s mantra of openness. I wanted to open as many doors in New Haven as I could.”
Surprisingly, Einhorn recalls he had some real success working across the aisle with aldermanic Democrats to keep New Haven from operating behind closed doors. He served as an alderman from 1976-1991 and as a Police Commission member from 1984-2003. During that time, there also was an unsuccessful run for mayor of New Haven in 1992. He also was busy helping to raise a family of three and build a law practice that has brought admission to both state and federal courts in Connecticut, the United States Court of Appeals for the Second Circuit and the United States Supreme Court.
The call to become a Freedom of Information Commission member came in 2011 after he was nominated by State Senator Len Fasano. He took the oath in November of that year. Having been a public official for more than 25 years and having served as counsel for several towns, including West Haven and East Haven, he knew that decisions in FOI matters were not always obvious.
“People go to the FOI Commission because they need help,” he says.
Sometimes handling FOI cases “helps me focus more on the watchdog attitude” he embraced while a New Haven city official, he adds.
One thing that concerns Einhorn is that “we have a lot of the same people coming before us again and again.”
“I’m concerned that we are dealing with too many frivolous complaints. I did not anticipate such a high volume of those complaints. There should be a mechanism for weeding those out in order to assist those who really need help,” he says.
Einhorn says he truly enjoys being an FOI Commissioner.
“I like it a lot,” he says. “What has impressed me the most is how nice the staff is and what a tremendous atmosphere there is at the FOIC. I am also very impressed by the legal skills and legal knowledge of the staff.”