Weight Restrictions Imposed for (Route 136) in 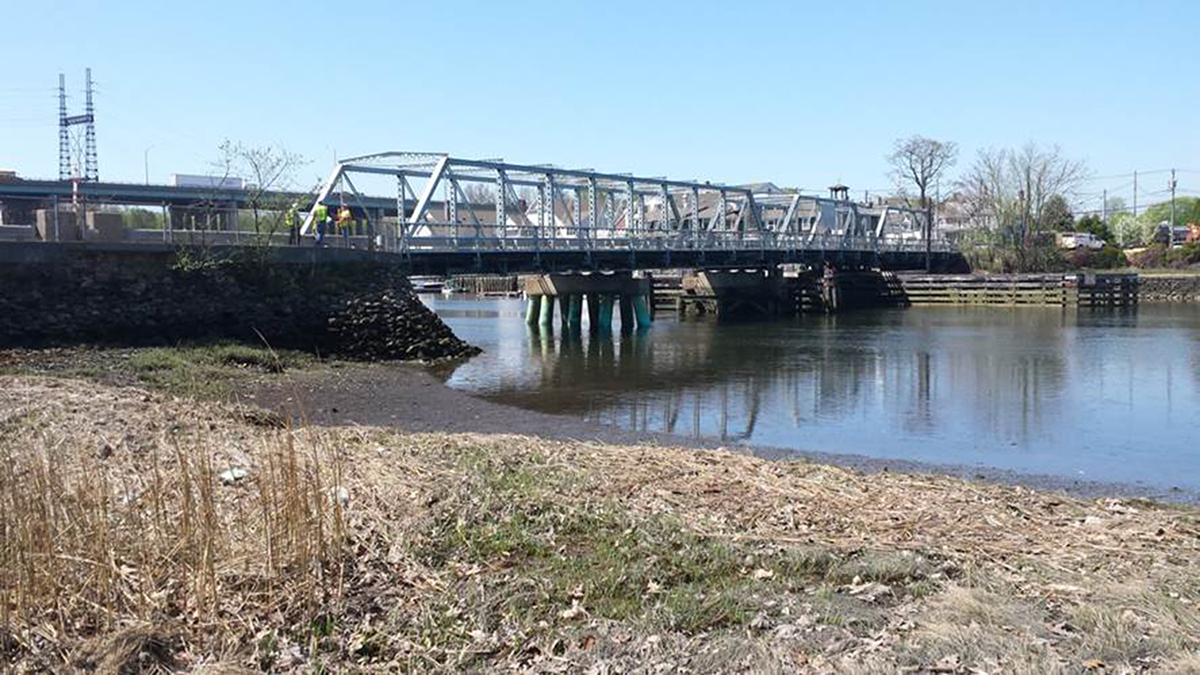 The Connecticut Department of Transportation (CTDOT) today announced a 20-ton vehicle weight restriction for the William F. Cribari Memorial Bridge, the historic swing bridge carrying Route 136 over the Saugatuck River in Westport. The decision to impose the restrictions – beginning Tuesday, March 20, 2018 – was the result of the ongoing structural engineering evaluation and inspection of the load capacity of the 19th Century truss bridge.

The bridge has an overall rating of poor. The weight restriction is mandated based on the structural deterioration of the pier piles and pile bracing structure.  CTDOT is evaluating measures to take in order to eliminate this restriction.

Completed in 1884, the narrow, 287-foot bridge is listed on the National Register of Historic Places, and is part of the Route 136 Scenic Road designation. As a “swing bridge,” it opens and closes for marine traffic on the river below. More than 13,000 vehicles use the bridge on an average day. The two-lane bridge also has a pedestrian walkway and is part of the East Coast Greenway bicycle route.

Beginning Tuesday, March 20, only vehicles weighing 40,000 pounds or less will be permitted on the bridge, while an extensive rehabilitation project gets under way.

CTDOT is also currently in the preliminary engineering study phase for the bridge to determine a scope of rehabilitation work required going forward. The trusses are currently being reevaluated for load carrying capacity based on damage and corrosion documented in the latest bridge inspection report to determine whether more immediate repair is needed.   Truss repair, if required, could include the temporary closing of the bridge at some point in the future.

A World War II veteran born in 1918, William F. “Crowbar” Cribari, was a Westport Police officer, and often directed traffic through the heart of the Saugatuck section of Westport and across the Bridge Street Bridge now named for him. He died in 2007 at the age of 88.