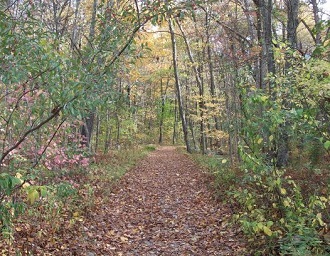 Acquired by the state in 1989, this nearly 600 acre park spent its first eleven years known as Red Cedar Lake State Park. Since then, the quiet woods and modest sloping hillsides have played host to Mother Nature silently reclaiming her landscape from the late 19th and early 20th century intervals of deforestation and animal pasturage. But its 20th century history showed signs that it was not always quite so pastoral.