Miller's Pond is a scenic, quiet lake without a boat launch or beach. Numerous rock outcrops reach out into the pond to provide fishing platforms. An easy, flat trail circles the lake, although it is a little rocky in places, so shoes should be worn on your hike. 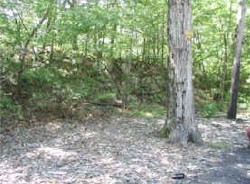 Figure 1. The gneiss outcrop on the south side of the parking lot.

On the south side of the parking lot from Foothills Road (left side as you drive in), an outcrop of very pale gneiss is partially hidden by vegetation (Figure 1). This pale gray metavolcanic member of the Collins Hill formation contains the minerals quartz, feldspar, biotite and garnet. In some areas the garnets are 1/4 inch or more in diameter. Generally, the quartz is pale gray and glassy looking, the feldspar is duller and tan or pink (Figure 2), and the biotite is black. The garnets in this rock are red, but not gem quality. This same formation is found on the south, east and north sides of the pond. The Middletown Formation makes up the west side. It contains less feldspar.  If you aren't familiar with gneiss (pronounced "nice"), it is a metamorphic rock with the minerals aligned in bands. The bands can be very distinct, or thin and discontinuous. 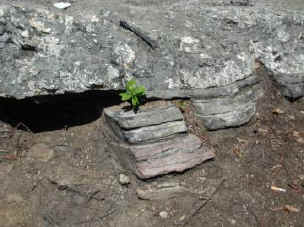 Figure 2. In this outcrop, the feldspar is tan in the upper layers, pink in the lower ones.

As you follow the white trail around the pond, you will discover another kind of rock here. The outcrops are too small to be placed on a geologic map, so it does not show up there. Therefore it does not have a formation name. The rock has very large crystals in it, generally greater than a centimeter in size, and is called pegmatite (Figure 3). 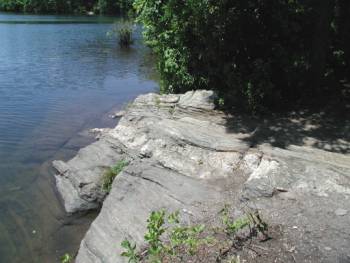 Figure 3. The white band in this outcrop is pegmatite. At Miller's Pond nearly all of the pegmatite is white because the feldspar in it is white.

Notice that in some outcrops there are very large feldspar crystals, such as in Figure 4. These are unusually large even for pegmatite.  In pegmatite, the white (or sometimes pink), opaque minerals are feldspar, the shinier glassy gray to white to clear minerals are quartz, and the flat, shiny minerals you can peel off in thin layers are micas (muscovite if colorless, biotite if black). Other minerals, such as garnet, are sometimes found in pegmatite in small amounts. 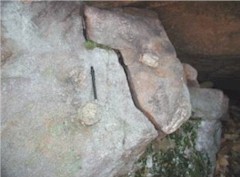 Figure 4. The large, light-colored crystals in this rock, such as under the pen, are feldspars

Pegmatite in metamorphic rocks usually formed during the metamorphism of the rock. At that time, the rock was hot enough that some of the minerals with lower melting temperatures, such as quartz and feldspar, actually melted, while the rest of the minerals remained in a solid state. The melted rock migrated along zones of weakness, then cooled very slowly to form large crystals. Water in the melt probably helped molecules migrate more easily, thus allowing the formation of larger crystals.

In many outcrops, especially those containing pegmatite veins, you will see that some layers stick out more than others (Figure 3). This is the result of differential weathering. Some minerals are more resistant to weathering than others, thus weather more slowly, leaving high spots. Weathering is the breakdown of rock and minerals as a result of chemical or physical processes. One physical process visible in various outcrops around the pond is root wedging. A tree seed occasionally falls in a rock crack containing enough dirt for the seed to germinate. As the tree seedling grows, its enlarging roots are able to slowly push the rock apart, enlarging the crack. Water also does this when it expands as it freezes in cracks. The outcrop pictured in Figure 1 has several trees growing from cracks in the rock.