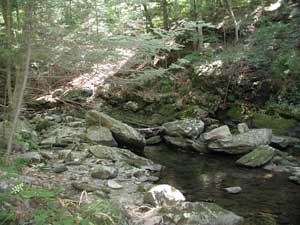 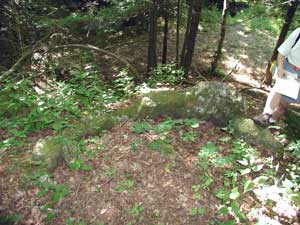 Figure 1. This circle of stones is probably part of the old furnace.

As you drive into the park from the south, your first stop should be at the gorge and old furnace, where there is a small parking lot on your right. An iron works was built here, between 1770 and 1773, on Macedonia Brook. 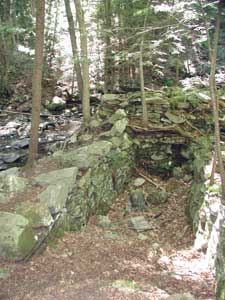 Figure 2. Some of the old foundations near the furnace.

In 1826, a furnace began smelting iron ore from South Kent on this site. Some of the furnace and foundations of other buildings can still be seen beside the brook (Figures 1 and 2) 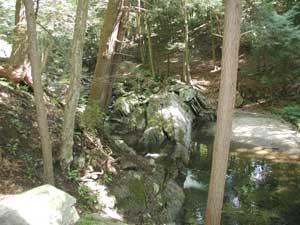 The rock is nearly vertical upstream from the furnace (Figure 3). It is a granitic gneiss. This means it was once probably molten rock, which cooled very slowly far below the surface, then later was subjected to intense heat, and pressure, causing the minerals to recrystallize without melting. Under this pressure, the recrystallized minerals formed layers perpendicular to the pressure directions.

Continue down the road to the first parking lot on the right. The blue blazed Macedonia Ridge Trail begins there. The trail on the west side of the road is described here, as there are few rock outcrops on the east side of the road. This is a mostly strenuous hike, about three miles long. Most of the uphill climb is at the beginning. If you want a gentle walk, which will allow you to see some rocks, follow the orange trail, described after the blue trail. It starts farther down the road by the camp office.

As you walk uphill on the blue trail, notice the loose boulders. These are a variety of rock types. Probably some rolled down the hill, while others came from a little farther north, and were carried here by the glaciers.

About 1000 feet along the trail, you will see an outcrop made of the same type of rock found at the furnace. Here, the granitic gneiss is grainy, with small crystals of biotite (black), feldspar (white, dull), and quartz (gray, shiny). Later, through the trees ahead of you, a large cliff of this same rock looms. 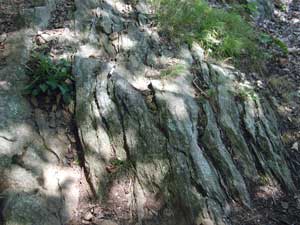 Figure 4. Differential weathering results when some rock layers are harder than others.

The trail turns left, then right, and climbs up to the top of the cliff. When you reach the large, valley side of the cliff, the trail turns north again. Look at the outcrop on the trail. Some layers are higher than others. This is an example of differential weathering, where the softer layers wore down more than the harder ones (Figure 4). 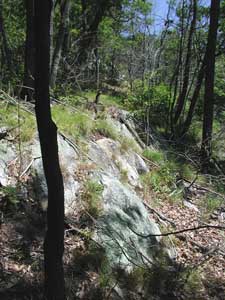 Figure 5. The cliff along the top of the trail through the burn area.

Farther along the ridge, the area of dead trees is the result of a forest fire, Figure 5.

Loose pieces of rock show good examples of black and white banding (Figure 6). Past that spot, in the trees, a quartz vein cuts through the gneiss in the trail (Figure 7). 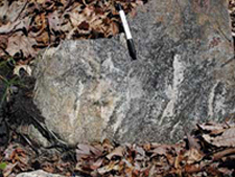 Figure 6. Discontinuous black and white layers which formed during metamorphism of this gneiss. 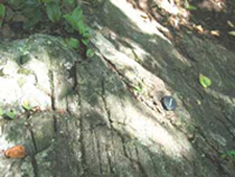 Further, a sign designates the location of an old, charcoal pit. Charcoal was used in iron furnaces because it burns hotter than wood, was much cheaper, and more available than coal. Passing the sign, going down a hill, and back up another, notice the wider than previous, black bands in the rocks. These bands are amphibolite, a rock made up of very small, dark green to black, needle-like amphibole grains. 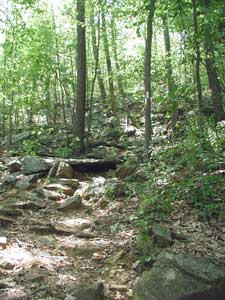 Figure 8. Just beyond the turn off for the white trail, the blue trail becomes steep and rocky. But if you climb to the top you will be rewarded with a nice view back across the valley.

Continue on up the steep, rocky trail just past the white trail (Figure 8). 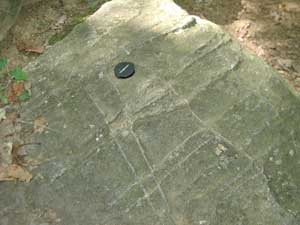 At the top of the hill, notice the eroded cross fracture pattern (Figure 9).

Go back down the hill, to the white trail, to get back on the road. It is a much easier walk than the blue trail, but doesn't have such interesting rocks, although you will see a few. 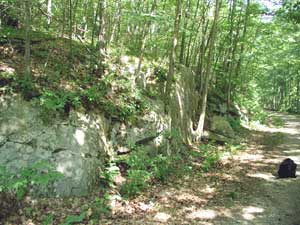 By the camp office, follow the orange trail. It is fairly level, staying mostly in the valley. The first outcrop on the left is a banded gneiss. Quartz and feldspar make up the light bands, biotite makes up the dark bands (Figure 10).

After the orange trail crosses the road, it goes uphill. Outcrops here on the trail are gneiss (very massive), and schist (thinly layered). These rocks tend to be less rusty-weathered than those on the other side of the road, belong to a different formation, and are made up of light-pink to gray granitic gneiss. The gneiss is made up of quartz, feldspar, and one or two micas, either black biotite or mostly clear muscovite.

When you reach the blue trail, follow the orange trail left to the road. Although the blue trail passes through nice woods on this side of the road, there are a few outcrops, only scattered, glacial boulders. These were dropped when the last glacier melted about 12,000 years ago, leaving behind a mixture of all sizes of materials, called till, on the hills. In the valleys, where moving water sorted the materials, sand and gravel deposits are found, usually under more recent stream deposits of alluvium.