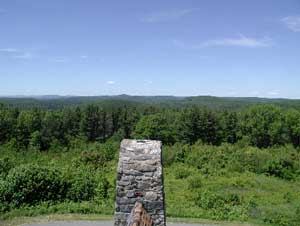 A gently sloping road leads to the top of Dennis Hill. This description of the geology starts with a walk up the road. Follow the road when it bends to the right, and the yellow trail branches off. Look for a low outcrop below a stone wall. 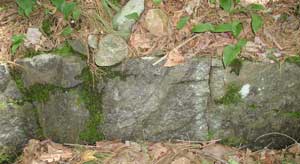 Figure 1. A low exposure of folded gneiss below a stone wall. Notice the fold in the center of the picture. Gneiss is a rock with bands of light and dark minerals.

The rock here is a medium grained, medium gray gneiss with a fold in it (Figure 1). Although the rock formation in this part of the park is described as schist, here the rock has less mica, and can be called gneiss. 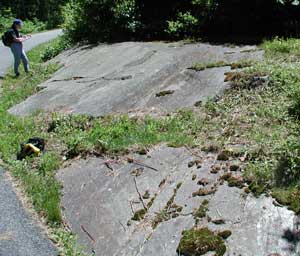 Figure 2. Outcrop of schist with glacial striations parallel to the road.

The next outcrop, on the right after passing a grassy parking area, is nearly flat and has glacial striations (parallel grooves) on its surface (Figure 2). The striations were caused by frozen rocks at the bottom of the glacial ice that ground across the rock surface as the ice moved south. Glaciers covered Connecticut at least two times, the most recent from about 25,000 to 15,000 years ago. 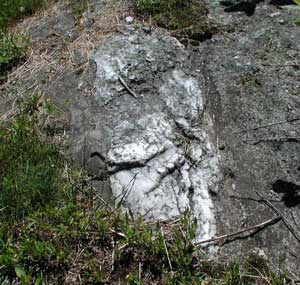 Figure 3. A milky quartz vein runs through this outcrop.

This outcrop of schist (a rock containing lots of mica) has tiny crinkle folds barely visible in the western side of the rock. Gray, quartz veins cut through the east side. Continuing on around the curve, find another nearly flat outcrop. This one has a quartz vein, about one-foot wide,  running through it (Figure 3). 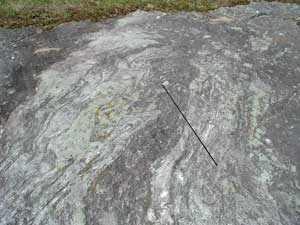 Figure 4. A close-up photo of some of the folded schist, and gneiss, exposed on top of Dennis Hill. Glacial striations parallel to the black line were ground into the surface by the glaciers.

A little more walking brings you to the top of the hill, and a very large outcrop surrounded by grass (Figure 4). Here, you get a great view of how much this rock has been deformed over time by continental collisions. Rock can actually fold when buried, heated deeply in the Earth, and under a lot of pressure. Many miles of rock sat above the surface you are now walking on. All of it was eroded away over millions of years. 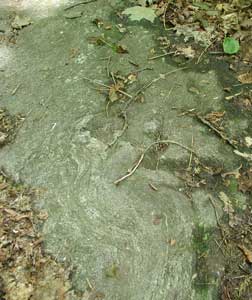 Figure 5. White trail folds in schist, similar to rocks on top of the hill.

Climb the tower on the pavilion to look at the wonderful view. On an average clear day you can see at least three states, more if the air is exceptionally clear. Walk back down the road to the grassy parking area where the white trail begins. Follow it. Soon you will walk over an outcrop of folded schist (Figure 5). 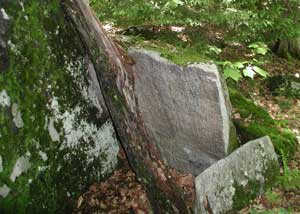 Figure 6. Part of the large, steeply dipping outcrop of gneiss. The dark and light bands can be seen in this piece free of moss and lichens.

Continuing on down the white trail, look for a large outcrop on the left. This rock is fine-grained, dark-gray gneiss with a steeply dipping face (Figure 6). 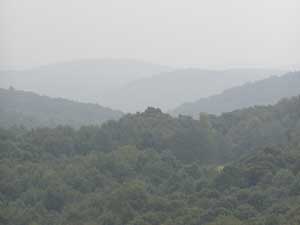 Figure 7. On a humid, summer day, the more distant hills, and mountains seem to fade away.

At the end of the white trail, turn right onto the yellow trail. When the trail branches, follow the right branch. Soon you will reach a nice overlook with a circular stone wall, a stone, and a wooden,  picnic pavilion. (Figure 7). 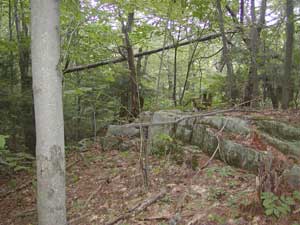 Continuing on the yellow trail, there are few outcrops until just before the point where the trail loops back toward the south. A low, steep outcrop with distinct flat, vertical faces there is made of quartzite. This rock probably started out as a sand beach, was gradually changed to sandstone, then under high pressure, and heat, recrystallized to quartzite (Figure 8). 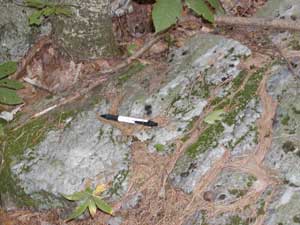 Figure 9. The pen is lying on a white quartz vein in the quartzite rock. The vein intruded into the rock as a liquid, during metamorphism. 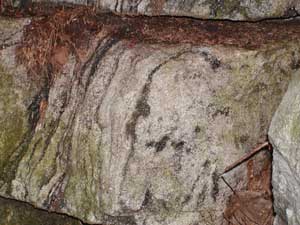 Figure 10. The mineral in these bands is hornblende, a member of the amphibole family of minerals.

The next outcrop around the bend in the trail is light-colored gneiss. The dark bands in the rock are hornblende, probably very dark green in color, although they look black in the rock (Figure 10). 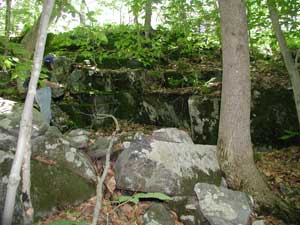 Figure 11. A small, old quarry in the gneiss. The rock taken from here was probably used very locally for foundations or possibly for building the pavilion on top of the hill.

Head back toward the parking lot on the yellow trail you already traveled, when it  completes the loop. After passing the white trail, notice a small quarry that has been cut into the gneiss on the right. (Figure 11). Look for short, drill holes, the kind made with a hand drill and mallet. These holes are smaller, and shorter than those used for dynamite.

There are several areas of tumbled down rocks along this section of the trail, but it seems that only one contains drill holes. Maybe you can find some in other areas.