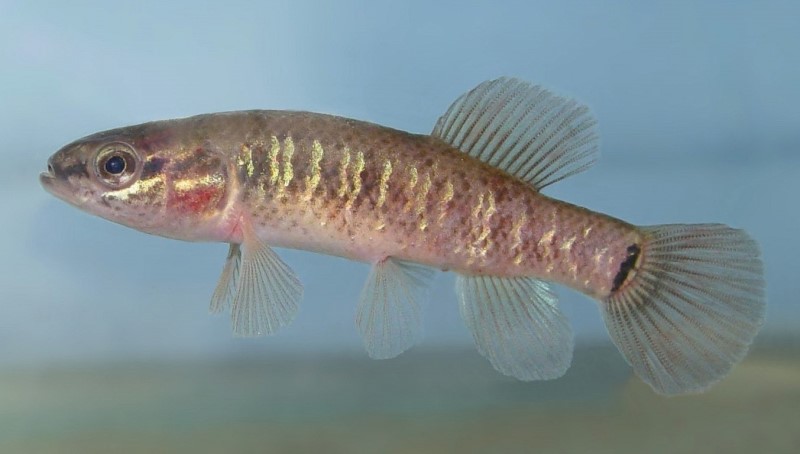 This 3-inch subadult central mudminnow is much more brightly colored than the larger adults. The dark vertical bar preceding the tail fin is very evident in this photo. 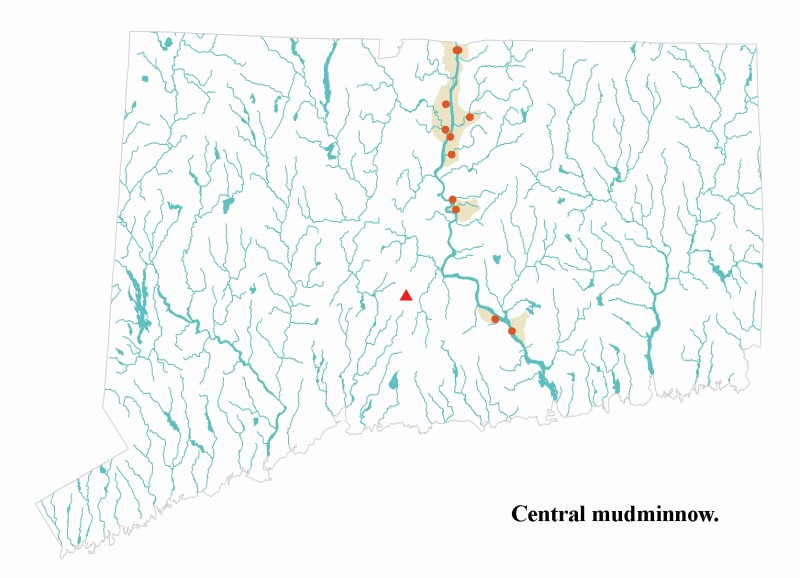 Comments. Mudminnows have a modified swim bladder that allows them to breathe by gulping air at the surface of the water.

Although central mudminnows look superficially like minnows or killifish, they are actually more closely related to pickerel and pike.